No 18 Squadron Indian Air Force – All You Need To Know 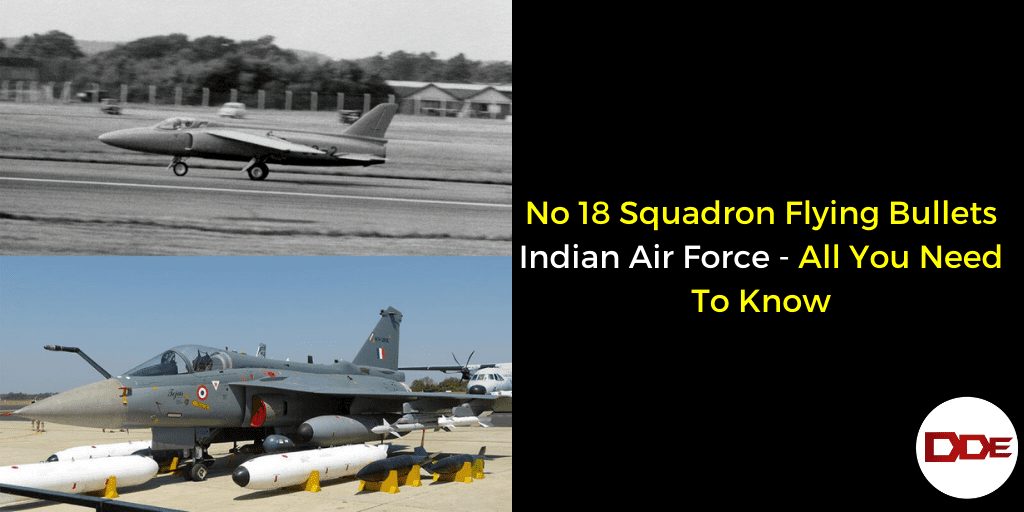 No 18 Squadron Indian Air Force – All You Need To Know

No 18 Squadron Flying Bullets is a Fighter Squadron of Indian Air Force. The Squadron is based at Sulur Air Force Station in Tamil Nadu. It is currently being equipped with LCA Tejas Fighters. The motto of Squadron is “Teevra aur Nirbhaya” which means “Swift and Fearless”.

No 18 Squadron Flying Bullets was established with 5 Folland Gnats in the year 1965. It was based at Srinagar Air Force Station in Jammu and Kashmir. It didn’t participate in 1965 Indo-Pak War. The squadron saw its first action in 1971 Indo-Pak War. The Squadron was tasked to defend the Kashmir Region and Srinagar AFS. Although Pakistan conducted many Air strikes on Srinagar AFS, the Pilots of No 18 Squadron defended the Air Field. Flying Officer Nirmal Jeet Singh Shekhon shot down the PAF Sabres in the dogfight and when his Gnat Fighter was hit, the Parachute failed to deploy and the Young Pilot Flying Officer Nirmal Jeet Singh Shekhon was conferred with Param Vir Chakra Posthumously.