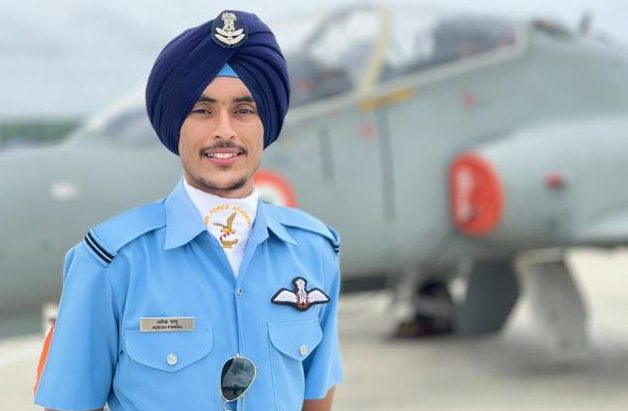 Ever wondered about the policy of hair beard and turbans in IAF?

Sikh personnel who wear turban and keep beard at the time of commissioning/enrollment would continue to do so. These personnel must maintain the beard neatly dressed/tied and rolled and not kept flowing. They are to wear the turban while in uniform/civil dress whether inside or outside the camp except during PT/Games and activities related to operations where wearing of turban is not feasible.

Non Sikh personnel Non sikh personnel are not permitted to keep beard other than on medical grounds or for a short period towards fulfillment of specific religious rites and ceremonies after obtaining specific permission from the Commanding Officer. However, the period is not to exceed 30 days. The CO shall accord such permission after ascertaining the absolute necessity and compulsion.

Moustache, if worn, is to be of moderate length and well kept and trimmed in a manner that the mouth and lips are not covered. While in uniform, the personal appearance of an individual should not give any religious bias. Tilak/Vibhuti on the forehead, trinket in the ear etc are not to be worn.