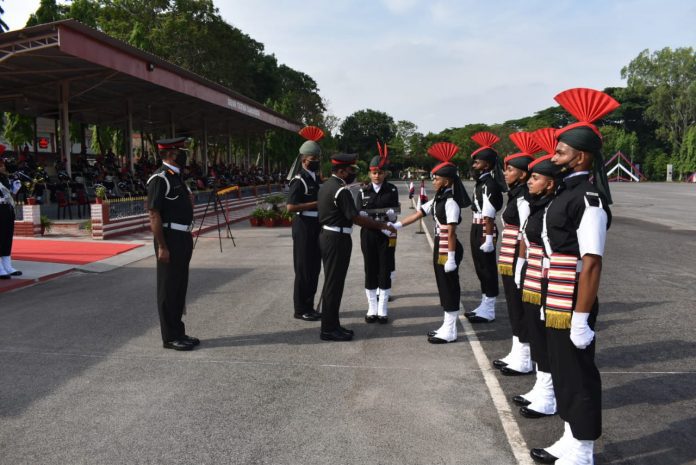 Women Military Police Passing Out Parade. The Corps of Military Police Centre & School (CMP C & S) at Bengaluru held the attestation parade of the first batch of 83 women soldiers at the Dronacharya Parade Ground on 08 May 2021. The parade was conducted as a low key event while observing all COVID protocols.

The Commandant of the CMP Centre & School while reviewing the parade complimented the newly attested women soldiers for their impeccable drill. He also congratulated them on their successful completion of the intense 61 weeks of training. The training included Basic Military training, Provost training to include all forms of policing duties and management of prisoners of war, ceremonial duties and skill development to include driving and maintenance of all vehicles and signal communications.

While extolling the virtues of dedication to duty, righteousness and selfless service to the nation, he expressed his confidence that the training imparted to them and the standards achieved would hold them in good stead and help them prove to be a force multiplier at their new units, located across varied terrain and operational conditions in the country.

Army Prepares to Receive the First Batch of...