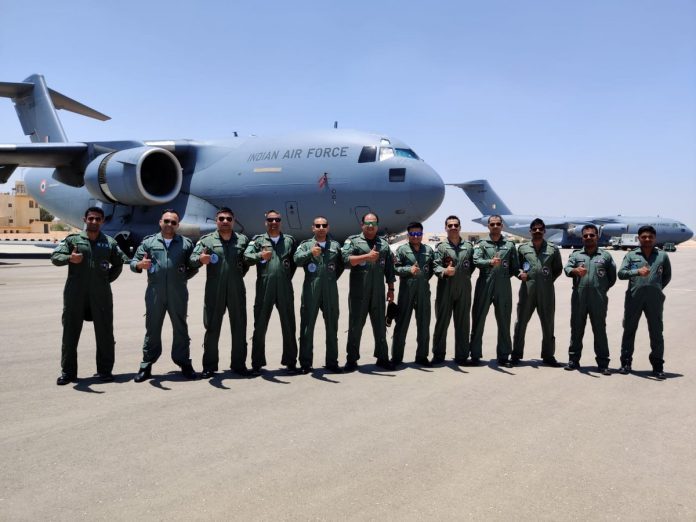 50 Questions Test Series for CDS 2 2021. Hello Aspirants, DDE is bringing a series of Quizzes on daily basis. A new Quiz will be updated at 11 am every morning. One can attempt these Quizzes and boost their scores in the NDA, CDS, AFCAT, INET, Territorial Army and SSB OIR.

Start Quiz by clicking on the button below:

#2. Which sport has been recently included in Khelo India Youth Games 2021?

#3. Cyclone Nivar which has recently hit the India, The Name "Nivar" for cyclone is given by which country?

#4. What is name of Bilateral Naval Maritime Exercise between India and France?

#5. The P8-I Maritime Patrol Aircraft is procured from which country?

#6. Who started the Indian Mirror Newspaper during British India?

#9. The famous “Pashupati seal” was discovered in which site of Indus valley civilization?

#10. Which one of the following is included in Article 51A (Part IV A) of the constitution of India?

#11. Who was appointed as the new Prime Minister of Nigeria recently?

#12. Who has won National Award for Social Welfare and Women Empowerment?

#14. Treaty of Srirangapatnam was signed between which Indian King and British?

#16. The natural vegetation which covers the maximum geographical areas of India is

#17. Which Airline has launched a campaign "Calendar of Hope" in India?

#18. Who was the First Chinese pilgrim to Visit India?

#19. What is the name of Mars Rover launched by NASA that extracted oxygen in Mars?

#20. The major source of vitamins and minerals for vegetarians is

#21. What is the name Exercise conducted by India and France, which was different from Garuda Exercise?

#22. Which one of the following rivers is not a tributary of river Brahmaputra?

#24. What is the name of Russian Vaccine which got permission for emergency use in India?

#25. OFEK 16, a spy satellite has been launched by which country?

#28. What is the name of Special Train Service of Indian Railways to supply Medical Oxygen?

#29. Which country has entered into an agreement with India to prevent plastic waste entering oceans?

#30. Who is honoured with Japan's Order of Rising Sun?

#31. Which Indian Cricketer has released an autobiography "Believe - What Life and Cricket Taught Me"?

#33. What is the name of space helicopter launched by NASA to land on Mars?

#34. Who was elected as new president of Hockey India?

#35. Which country is not the part of Malabar Naval Exercise?

#36. Which of the following longitudes determines Indian Standard Time?

#37. Who has launched project "Oxygen on Wheels" to bridge the gap between oxygen production and reaching hospitals?

#38. Who is appointed as the new Chief Justice of India (CJI)?

#39. The Tata Institute of Fundamental Research which comes under Department of Atomic Energy is located in which city?

#40. The Aeronautical Development Agency which involved in development of LCA Tejas and AMCA Fighter is located in which city?

#41. What is name of Indian diplomat who has been elected to the UN Advisory Committee on Administrative and Budgetary Questions (ACABQ)?

#42. The Cyclone "Burevi" recently hit the southern coast of India, Which Country has given the Name "Burevi" ?

#44. What is the name of Japanese made Most powerful Supercomputer?

#45. Which Indian Actor will be honoured with an award by International Federation of Film Archives (FIAF)?

#46. Where will be the India's first geothermal power project will be established?

#47. Indian Navy has launched Operation Samudra Setu II, what is the purpose of this Operation?

#48. Mars mission named HOPE is launched by which Country?

#49. Senior TV Journalist Rohit Sardana, who passed away recently was associated with which News Channel?

#50. Which oe of the following is not a form of condensation?

Congratulations! Only a few could do it. Grab current affairs and Books that will help you succeed.