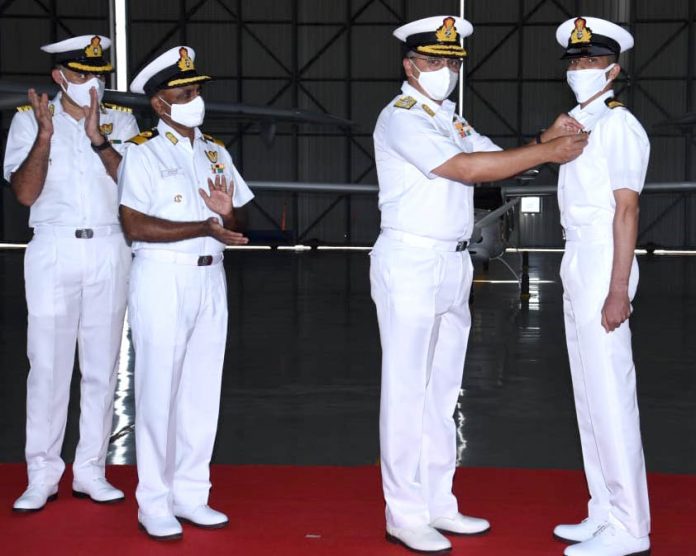 At an impressive Passing Out Parade held on 05 Apr 21 at INS Garuda, Kochi, eleven officers of the Indian Navy and two officers of the Indian Coast Guard graduated as Observers. Rear Admiral Rajesh Pendharkar, AVSM, VSM, Flag Officer Sea Training (FOST) reviewed the parade and awarded the coveted ‘Golden Wings’ to the passing out officers.

The officers of the 92nd Regular were trained in air navigation, flying procedures, tactics employed in air warfare, anti-submarine warfare and exploitation of airborne avionic systems. These officers would serve on-board Maritime Reconnaissance and Anti-Submarine Warfare aircraft of the Indian Navy and Indian Coast Guard. 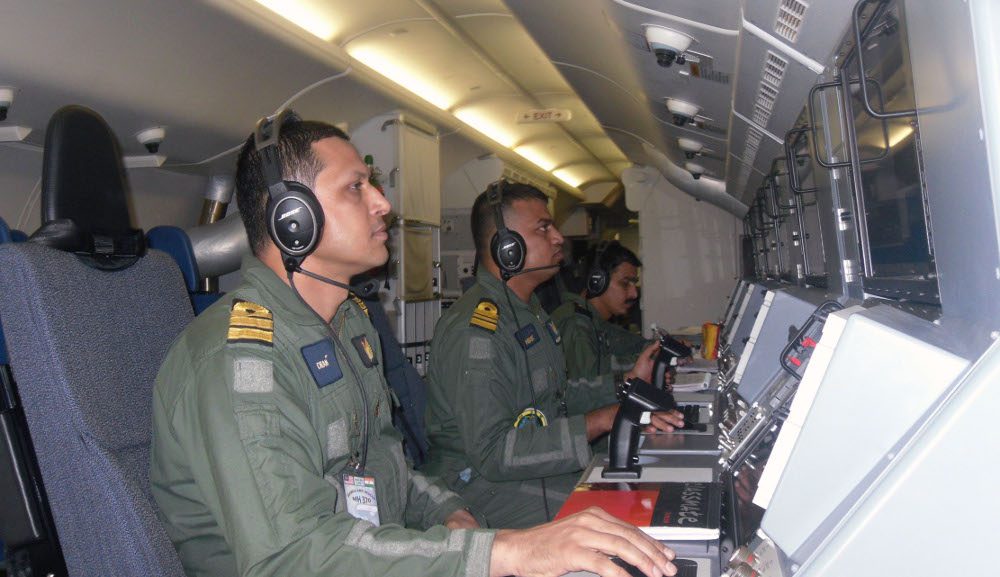 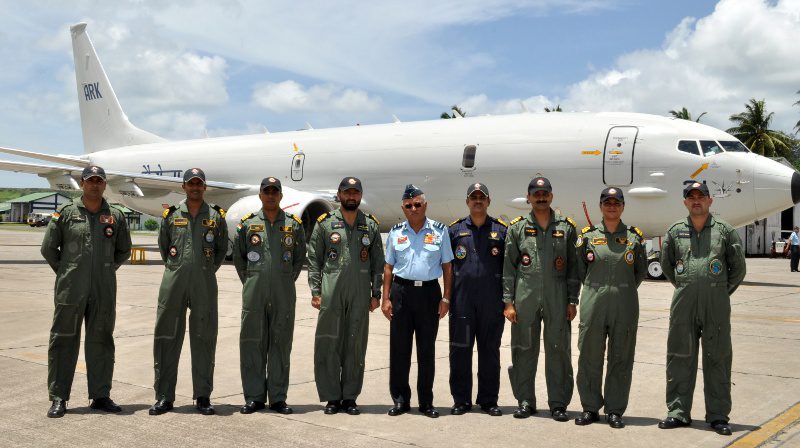 The occasion also had 04 officers of the Indian Navy being graduated as Qualified Navigation Instructors (QNIs) at INS Garuda. The QNIs were trained at imparting instructional techniques on the ground and during flying. They were provided in-depth knowledge of tactics and sensor exploitation.

These officers would function as Qualified Navigation Instructors at Indian Navy Observers school before proceeding to take up operational assignments at various frontline naval air squadrons. The successful QNIs were also awarded the ‘Instructor Torch’ by FOST.