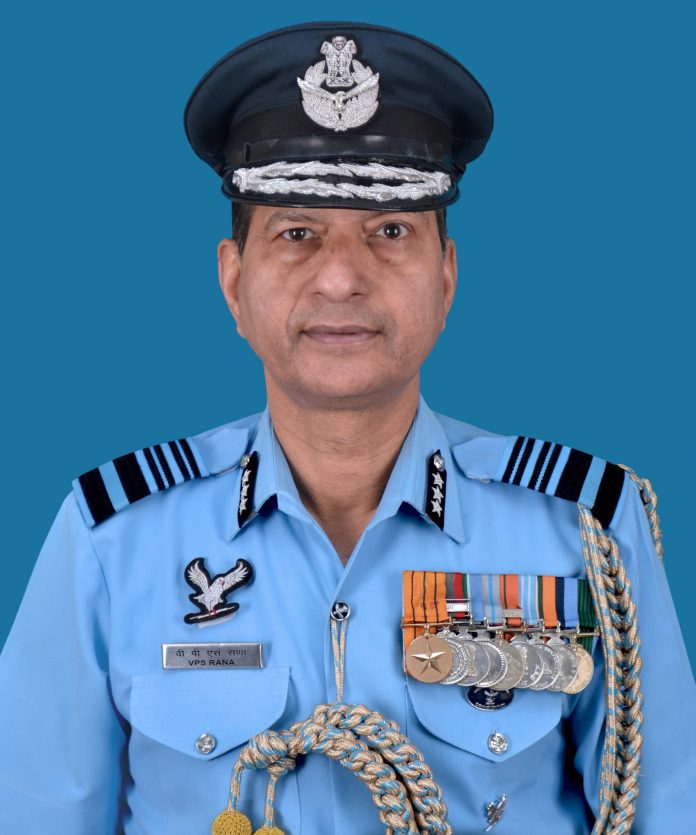 Air Marshal Vijay Pal Singh Rana, Vishisht Seva Medal took over as Air Officer-in-charge Administration (AOA) on 01 Feb 21. An alumnus of Defence Services Staff College Wellington, the Air Marshal was commissioned in the administrative branch of the Indian Air Force in Dec 1984.  In a career spanning over 37 years, the Air Marshal has held a number of coveted command and staff appointments.

He has held various important appointments including Commanding Officer of a Radar Unit, Directing Staff at Defence Services Staff College and Electronic Warfare Range, Joint Director at Directorate of Air Staff Inspection, and Director Operations Integrated Air Command and Control System {D(Ops) IACCS}. During his command of a radar unit, the unit undertook a large number of mobilities including five-month-long operational deployment during ‘Operational Vijay’. During ‘Operations Parakram’ he contributed immensely in formulation and implementation of Joint Services Standard Operating Procedures on Air Defence of J&K Area. He has also been a key member of Joint Services Study Groups on Air Defence of Tactical Battle Area.

As Director (Ops) IACCS, his professional acumen and dedication was a key factor in the successful development of IACCS and fielding of the first IACCS node in 2010. He has performed exceptionally, with instructor grading in all his services courses. His academic qualifications include M.Sc. M Phil, Master Diploma in Business Administration and Masters Diploma in Public Administration. He was commended by Chief of the Air Staff on 26 January 1995. Air Marshal Rana is presently posted as Chief Administrative Officer (C Adm 0) of a fighter base since 29 April 2011.

His vast operational and administrative experience has contributed immensely in channelizing and enhancing the overall administrative capability of the station. His planning, execution and supervision of a large number of major capital works including indoor swimming pool, auditorium, security wall and weapon storage areas have been of a very high order. He was the chairman of project Management of Group of ‘Runway Resurfacing’ work since August 2011 and through his dedicated involvement, detailed planning and constant monitoring of the project, he has ensured timely execution and smooth coordination of the work. He has also been instrumental in initiating a large number of works services for general improvement in the quality of life at the station level.

For his distinguished service, he was awarded Vishisht Seva Medal on 26 Jan 2014 by the President of India.