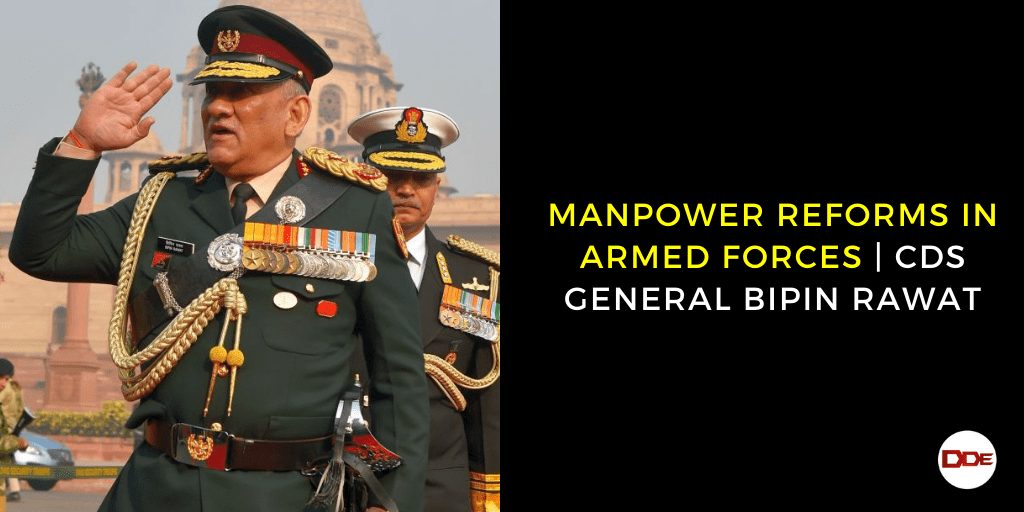 In the Amidst of modernizing the Indian Military, the Chief of Defence Staff General Bipin Rawat has initiated the new reforms in the Indian Armed Forces. The statement of CDS General Bipin Rawat said that to retain the Highly Skilled manpower of Technical Branches of Indian Armed Forces. The Age limit of retirement would be increased in order use maximum manpower of Officers and Jawans.

The retirement reasons due to casualties and medical status will not be revised. The CDS General Bipin Rawat also stated that there will be more such reforms in the Indian Military in the way to modernize the forces.
Also Read : General Bipin Rawat Becomes The First Chief Of Defence Staff
Start Your Preperations

Also Read : A Look Into The Uniform Of Chief Of Defence Staff Gen Bipin Rawat