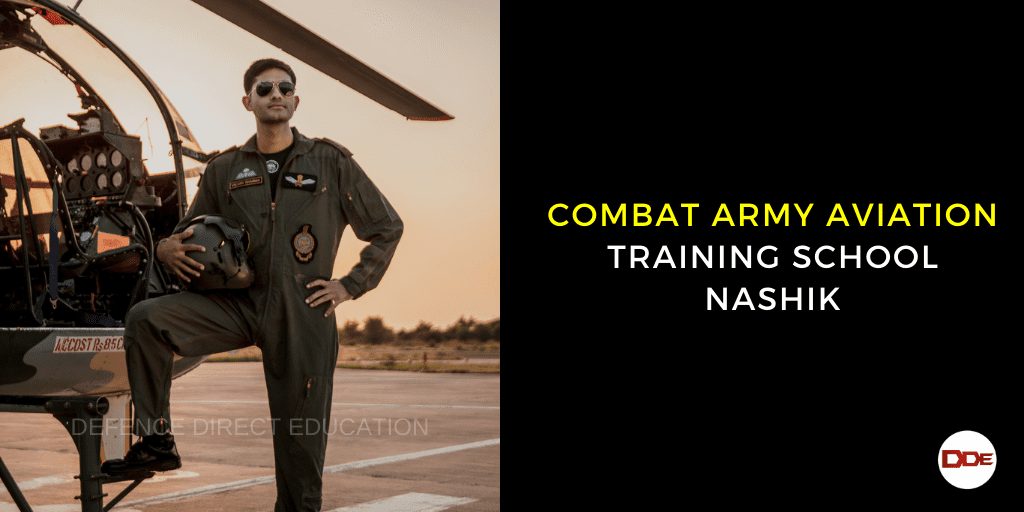 Combat Army Aviation Training School is the premier training institute of Indian Army. The pilots of Army Aviation Corps are trained in this school. The school is located at Nashik, Maharashtra. Previously, the training was conducted at School of Artillery in Deolali.

Army Aviation Corps is the sole flying branch of Indian Army. The corps operate Cheetah, Cheetak, HAL Dhruv and Rudra Helicopters. The Squadrons of Army Aviation are specialized in Para drops, Search and Rescue Operations and Special forces Insertion and Exertion. The squadron works extensively in Siachen Glaciers for Supply and Medical Emergencies. The Army Aviation Corps was presented with the President Colours by President Ram Nath Kovind and It was received by CAATS in October 2019.

The Pilots for Army Aviation are selected through the grievous selection process. The selection process include CPSS (Computerized Pilot Selection System) and Medical Test. The trainees undergo the proper training module. After completing the training, the pilots are awarded with Coveted Army Aviation Wings.

The Combat Army Aviation Training School comes under the ARTRAC – Army Training Command, Shimla. The simulators of Cheetah and Cheetak Helicopters are installed at CAATS. The Simulators reduce the cost of training and risk of pilots lives.

Military Institutes across India – All You Need...