11 Facts About NSG Commandos That Will Make You Proud 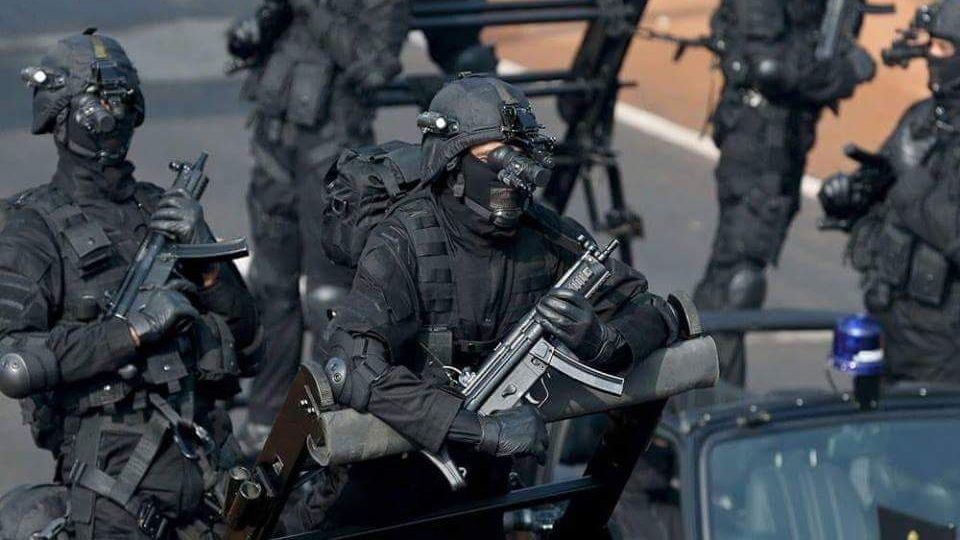 11 Facts About NSG Commandos That Will Make You Proud

The National Security Guard (NSG) was established in 1984 after Operation Blue Star, an Indian military operation which was ordered by Indira Gandhi, in order to remove Sikh militants who were trying to establish control over the Harmandir Sahib Complex (Golden Temple) in Amritsar. During the 26/11 Mumbai attacks, NSG carried out Operation Black Tornado and Operation Cyclone killing nine terrorists and rescuing more than 900 hostages. Similarly, after the Pathankot terror attack in January 2016, NSG executed a 4-day operation in which all the six terrorists were neutralised.

Here are some of the lesser-known facts you must know about NSG commandos:

1. The NSG is actually modelled on Germany’s GSG 9 (Grenzschutzgruppe 9 or “Border Guard Group 9”)

The GSG 9 is one of the world’s most elite counter-terrorist faction. In the words of a former member of the German infantry: “GSG-9 got created and founded for one specific reason: counter-terrorism. We move in as a team of five, we take care of it, and everything is basically over before they even know what happened. We do not mess around.”

The SAG comprises of 54% of the force and is the elite, offensive wing that has members drawn from the Indian Army. The SRG has members on deputation from central police organizations like the CRPF, the BSF, the Indo-Tibetan Border Police and the Rapid Action Force. Primarily, the function of the SRG is to assist the SAF, especially in isolating target areas.

3. They are also called as Black Cats

This is because of their black coloured drill cotton coveralls and the black cat insignia on their uniform.

4. The rudimentary training period at the organization’s training centre lasts for 90 days. Only those who successfully complete the entire course are inducted into the NSG and undergo nine months of advanced training.

The physical fitness training comprises of 26 elements, ranging from jumping from heights to cross-country obstacle courses. The endurance test meant to gauge a candidate’s performance under stress includes martial arts, target-shooting at the end of an obstacle cross-country run. They are trained in parkour and Pekiti-Tirsia Kali, a form of martial arts from Philippines.

5. Once the commandos are recruited into the NSG, they have to go through a probationary period. During this period, around 50-70 percent recruits opt to drop out as they are unable to deal with the harsh conditions.

7. They are also put through a battle inoculation program where they do something that’s a little difficult to fathom.

During the shooting practice, they have to stand right next to the target and that too without wearing bulletproof vest. The one who shoots the target has to be that precise that he doesn’t hit his partner. Moreover, NSG commandos are specifically trained to take headshots.

8. Out of the total strength of 14,500 personnel, half of the members of NSG, known as Black Cat commandos, are drawn from the Indian army. Rest of them are recruited from paramitary and state police forces.

9. The recruited members are inducted into the NSG only after they complete the rigorous training course that lasts for 90 days. They further undergo another advanced training session of nine months.

10. Once the commandos are recruited into the NSG, they have to go through a probationary period. During this period, around 50-70 percent recruits opt to drop out as they are unable to deal with the harsh conditions.

11. NSG Commandos do more firing in a week of “alert status” than in their entire time in the Army.

On an average, a commando fires close to 14,000 rounds over a period of two months. For a commando to be a part of NSG, it is compulsory to have a target striking rate of atleast 85 percent.