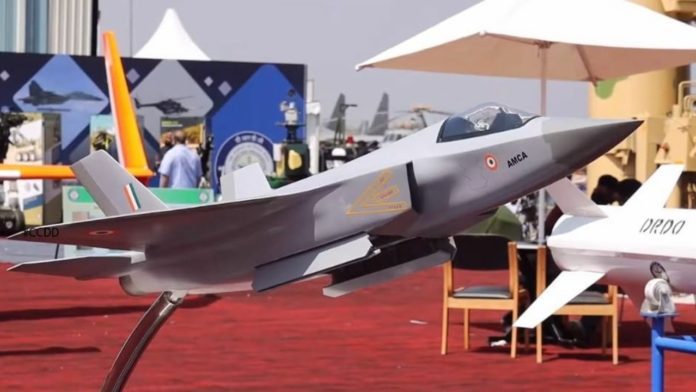 Design
AMCA is a twin-engine supersonic aircraft of the fifth generation. The design is based on diamond-shaped trapezoidal wings with flight controls consisting of ailerons, vertical stabilizers, tailplanes, etc.

Stealth feature
The Aerodynamic design of AMCA is designed in such a way as to reduce the radar signature and increase the stealth feature of the fighter jet. The Diverterless Supersonic Inlet (DSI) enables this fifth-gen fighter to remain stealthy in Multi-role Combat situations.

Cockpit
An Advanced Glass cockpit with a wide panoramic touch screen would be integrated into AMCA. The multi-function display and holographic head-up display are the key features of AMCA. It has the hands-on throttle-and-stick (HOTAS) arrangement with the right hand on the stick and the left hand on the throttle settings to ease the pilot workload.

The Indian Air Force is committed to procuring 7 squadrons of AMCA with Mark 1 as the first two squadrons and others would be Mark 2 versions.

Read more: What is IAF’s alternative for phasing out MiG-21 Bisons