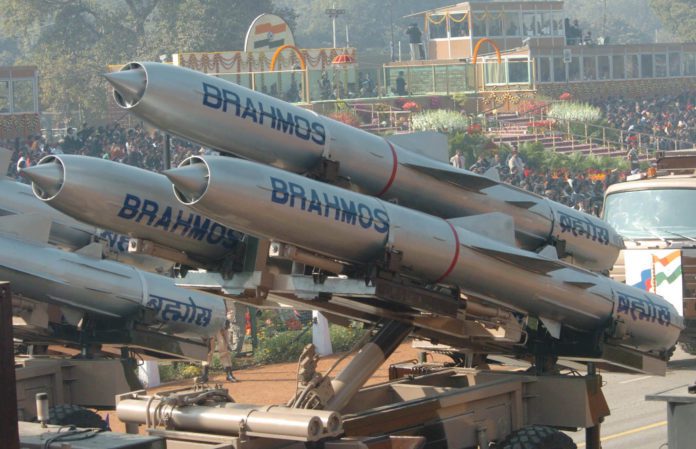 Indian Air Force (IAF) officers has terminated the services of three officers on Tuesday in connection with the Brahmos missile misfire incident.

Services of a Group Captain and two Wing Commanders were terminated with immediate effect on Tuesday.

A BrahMos missile was accidentally fired on March 9, 2022. A Court of Inquiry (Col), set up to establish the facts of the case, including fixing responsibility for the incident, found that deviation from the Standard Operating Procedures (SOP) by three officers led to the accidental firing of the missile. These three officers were primarily held responsible for the incident.

The BrahMos missile got accidentally fired from an airbase and landed inside Pakistan at a place called Mian Channu. The Pakistan government had registered its objection to the incident but much before that, an investigation was launched by India.

Defence Minister Rajnath Singh on March 15 stated that a high-level probe was ordered into the incident that involved the accidental launch of a missile into Pakistani territory.

The accidental launch happened from a place near Ambala around 7 pm on March 9 during an inspection procedure. The missile without any warhead flew for less than seven minutes before landing near Mian Chunnu city in Pakistan’s Punjab.

Two days after the incident, a Defence Ministry spokesperson had stated that a “technical malfunction in the course of a routine maintenance” led to the accidental firing. “The Government of India has taken a serious view and ordered a high-level Court of Inquiry. While the incident is deeply regrettable, it is also a matter of relief that there has been no loss of life due to the accident,” the ministry had stated.

Defence Minister Rajnath Singh, https://www.amazon.in/AFCAT-First-DDE-DEFENCE-DIRECT-EDUCATION/dp/B07BQ44YSN/too, made a statement in both Houses of Parliament. He also said a review of the standard operating procedures for operations, maintenance and inspections was being conducted in the wake of this incident.

Indian missiles that every defence aspirant should know...