IAC Vikrant To Be commissioned On 2nd September 2022 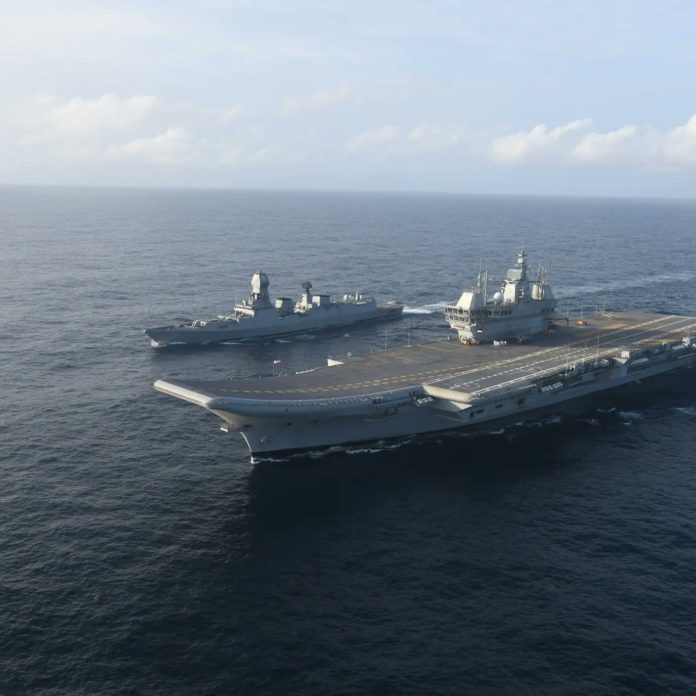 IAC Vikrant was tested in four trial phases, its fourth trial was completed on 10 July. The Indian Navy had on 28 July taken delivery of the carrier from CSL after it had successfully completed the final phase of the sea trials.

The IAC would serve to bolster India’s position in the Indian Ocean Region (IOR) and its quest for a blue water Navy. Fighter jets have been brought to the aircraft which is set to operate MiG-29K fighter jets, Kamov-31 helicopters and MH-60R multi-role helicopters.

The aircraft carrier has over 2,300 compartments, designed for a crew of around 1700 people, including specialised cabins to accommodate women officers.

IAC Vikrant has a top speed of around 28 knots and a cruising speed of 18 knots with an endurance of about 7,500 nautical miles. It is 262 metres long, 62 metres wide and has a height of 59 metres.

The construction of IAC Vikrant began in 2009. The flight deck is comparable to two football grounds and by walking through the corridors of the massive vessel, one will cover eight kilometres.

The eight power generators onboard IAC are enough to light up Kochi city and the warship contains a dedicated hospital complex with all facilities.

After the induction of IAC Vikrant, India will join a select group of nations having the niche capability to indigenously design and build an aircraft carrier.

Designed by Indian Navy’s in-house Directorate of Naval Design (DND) and built by the CSL, a Public Sector Shipyard under the Ministry of Ports, Shipping and Waterways, the carrier is christened after her illustrious predecessor, India’s first Aircraft Carrier which played a vital role in the 1971 Indo-Pak war.