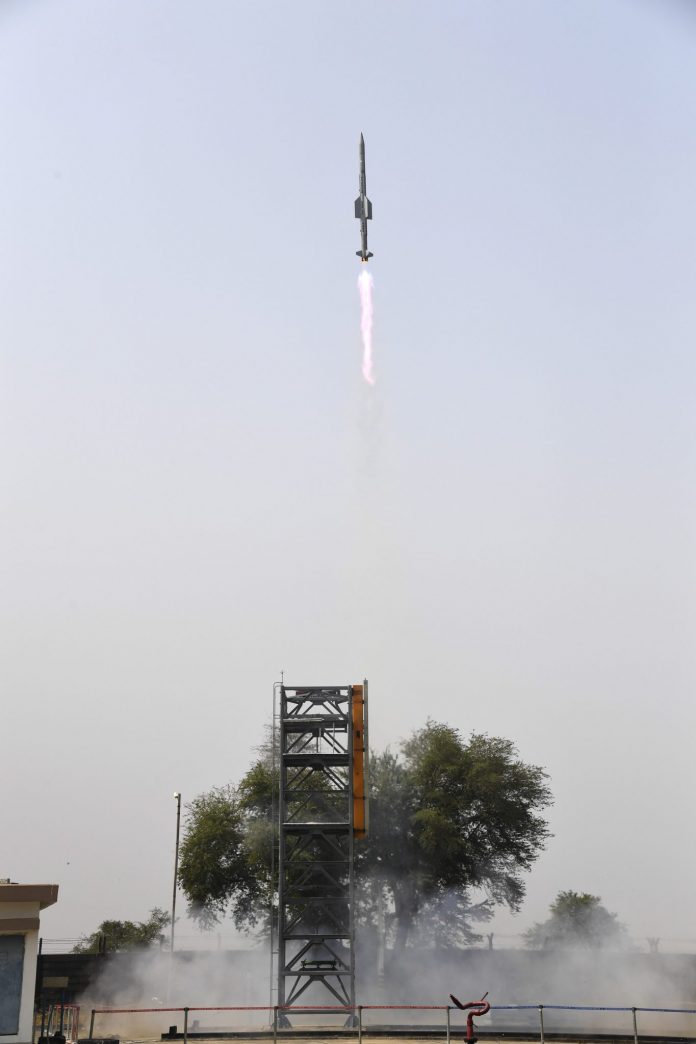 Indigenously designed and developed by DRDO for the Indian Navy, VL-SRSAM is meant for neutralizing various aerial threats at close ranges including sea-skimming targets. The current launches were carried out for a demonstration of vertical launch capability as part of its maiden launch campaign. On both occasions, the missiles intercepted the simulated targets with pinpoint accuracy. The missiles were tested for minimum and maximum range. VL-SRSAM with Weapon Control System (WCS) were deployed during the trials.

The launches were monitored by senior scientists from various DRDO labs involved in the design and development of the system such as DRDL, RCI, Hyderabad and R&D Engineers, Pune. During the test launches, flight path and vehicle performance parameters were monitored using flight data, captured by various Range instruments such as Radar, EOTS and Telemetry systems deployed by ITR, Chandipur.

The present trials have proved the effectiveness of the weapon system and few more trials will be conducted shortly before deployment on Indian Naval ships. Once deployed, the VL-SRSAM system will prove to be a force multiplier for the Indian Navy.

Also Read: What is QRSAM Missile – All You Need To Know