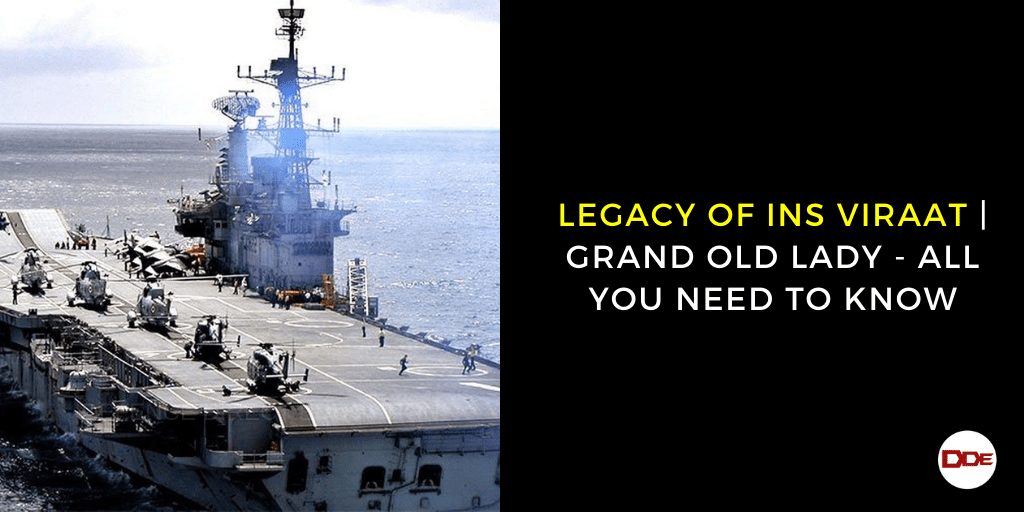 The INS Viraat served in Indian Navy for 30 years. It played a key role in Maintaining the Peace and Tranquility in Indian Ocean Region (IOR). The Ship served most of its tenure in Western Naval Command. The Ship participated in Various Naval Exercises including Varuna (France) and Malabar (USA). It also played key role in OP Pawan and OP Parakram.

The Squadrons of INS Viraat

The INS Viraat Operated four Squadrons on its deck.

The decommissioning of INS Viraat

The Process to decommissioning the ship started in the year 2015. At first, the decision was made to transfer the ship to Andhra Pradesh Government. But the plan got failed. The last Commanding Officer of INS Viraat was Captain Puneet Chadha. The INS Viraat was formally decommissioned on 6 March 2017. The effort of preserving the ship into Museum and Hotel was unsuccessful. In online Auction, Shri Ram Shipping purchased the ship for Scraping. Finally, the Legendary INS Viraat has set sail to Alang  in Gujrat for Scarping.

The Service and Contribution of INS Viraat is very expectional. Lets Bid adieu to the Mighty Warship, you will be remembered forever.