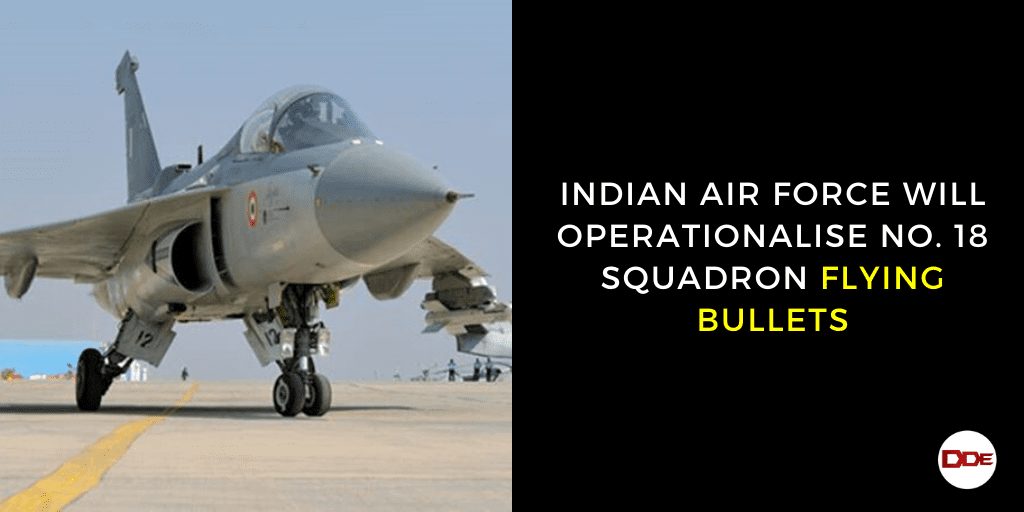 The Indian Air Force (IAF) will operationalise its No.18 Squadron  ‘Flying Bullets’ on May 27, equipping it with the fourth generation LCA Tejas aircraft.

“The Squadron will be equipped with LCA Tejas FOC (final operation clearance) aircraft and will be the second IAF Squadron to fly LCA Tejas,” after the 45 Squadron based at Coimbatore, it said.

The No.18 Squadron, formed in 1965 with the motto “Teevra aur Nirbhaya” meaning “Swift and Fearless,” was earlier flying MiG 27 aircraft.

The Squadron “actively participated” in the 1971 war with Pakistan and was decorated with the highest gallantry award Param Vir Chakra awarded to Flying Officer Nirmal Jit Singh Sekhon posthumously.

“It earned the sobriquet Defenders of Kashmir Valley by being the first to land and operate from Srinagar,” it said.

“The Squadron was resurrected on April 1 this year at Sulur,” the release added. According to the release, LCA Tejas is an indigenous fourth generation tailless compound delta wing aircraft.

The aircraft is equipped with fly-by-wire flight control system, integrated digital avionics, multimode radar and its structure is made of composite material.

Additionally Tajas is the lightest and smallest in its group of fourth generation supersonic combat aircraft.