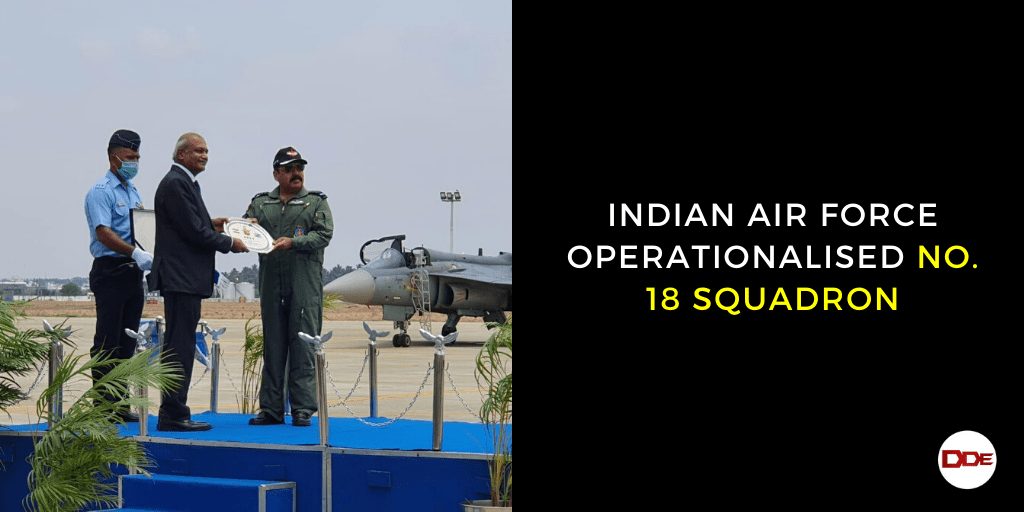 The Indian Air Force operationalized its number 18 squadron flying bullets, equipping it with the fourth generation LCA Tejas FOC aircraft at Sulur Airforce station in Coimbatore on Wednesday. The Indian Air Chief Marshal RKS Bhadauria operationalized the squadron ‘Flying Bullets’ at the airforce station. The squadron will be the second to fly with the LCA Tejas aircraft. The 18 Squadron will have 20 jets in FOC version with 16 fighters and 4 trainers.

The following is a statement on the squadron:

The Squadron actively participated in the 1971 War with Pakistan and was decorated with the highest gallantry award ‘Param Vir Chakra’ awarded to Flying Officer Nirmal Jit Singh Sekhon posthumously. It earned the sobriquet of ‘Defenders of Kashmir Valley’ by being the first to land and operate from Srinagar. The Squadron was presented with President’s Standard in November 2015.

Tejas is an indigenous fourth generation tailless compound delta wing aircraft. The aircraft is equipped with fly-by-wire flight control system, integrated digital avionics, multimode radar and its structure is made out of composite material. It is the lightest and smallest in its group of fourth generation supersonic combat aircraft.

Group Captain Manish Tolani will be the first commanding officer of newly operationalised 18 sqn flying bullets. He was a part of 45 sqn which is the first squadron of LCA Tejas. Gp Capt Dinesh Dhankar will be the flight commander of second tejas squadron.