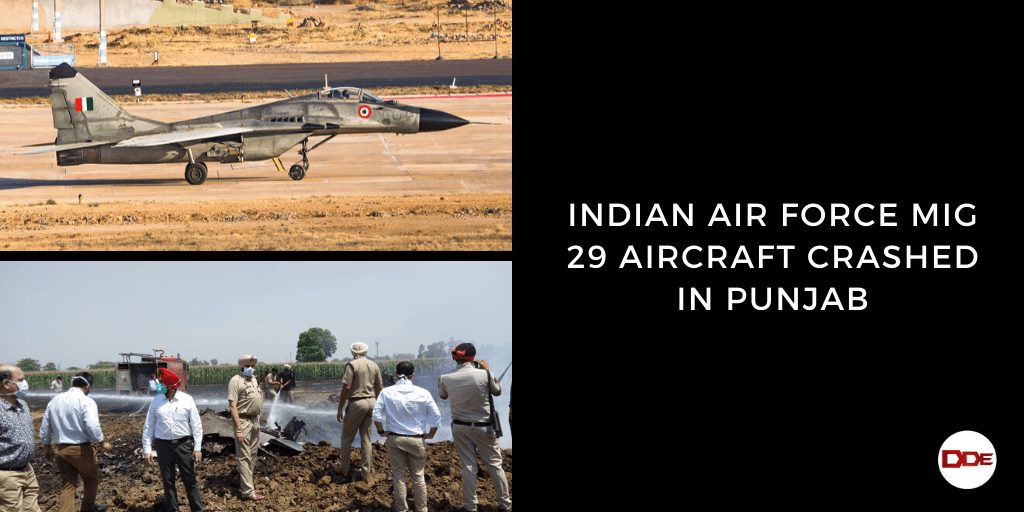 Indian Air Force Mig 29 Aircraft Crashed in Punjab. On 8th May 2020 at 10:45 AM, one mig 29 aircraft airborne on a training mission from an Air Force base near Jalandhar met with an accident.

The aircraft had developed a technical snag and the pilot ejected safely as he was unable to control the aircraft. The pilot has been rescued by a helicopter.

Adampur air base has two squadrons of MiG29 fighter jets which were upgraded recently. A court of Inquiry has been ordered to investigate the cause of accident.

The MiG-29 is a Soviet-era fighter jet of the IAF that played a key role in the Kargil conflict of 1999. Visuals from the site showed flames emerging from the spot of the accident.

The upgraded MiG-29 aircraft have been allotted to a frontline squadron, and are being used for operations. The upgraded aircraft are equipped with state of the art avionics, an array of smart air to air and air to ground weapons. They are capable of in-flight refuelling which significantly increases its combat potential