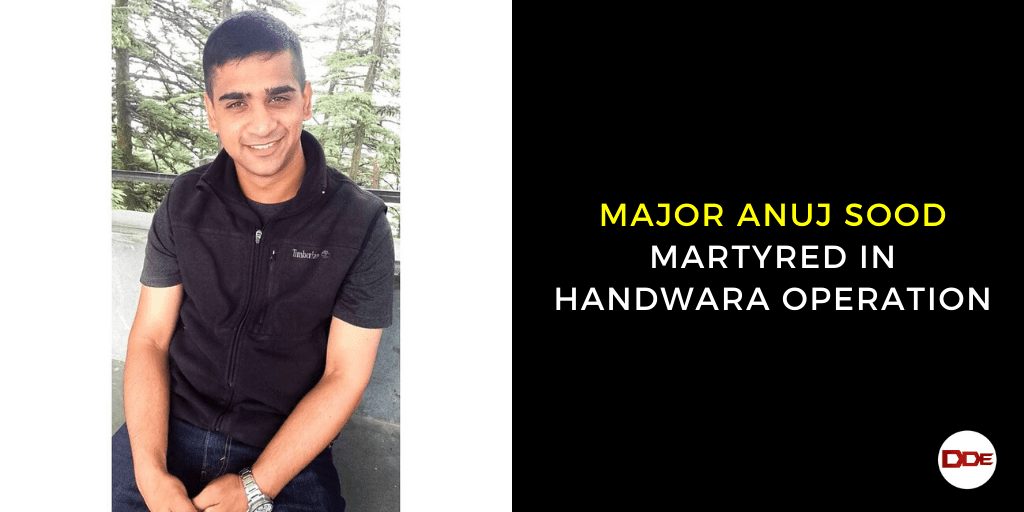 Colonel Ashutosh Sharma and Major Anuj Sood were among five security personnel martyred in an encounter with terrorists at a village in north Kashmir”s Handwara area.

An official said the Colonel and his team bravely rescued civilians held hostage by the terrorists. The two terrorists were killed in the encounter.

Giving details, the Army said based on the intelligence input that terrorists were taking hostage some civilians in a house in Changimulla at Handwara of Kupwara district, a joint operation was launched by the Army and the Jammu and Kashmir Police.

A team comprising of five Army and police personnel entered the target area occupied by the terrorists to evacuate the civilians and successfully extricated them, it said.

However, during the process, the team came under a heavy volume of fire by the terrorists and in the ensuing firefight, two terrorists were eliminated and the five Army personnel and a policeman were killed in the line of duty, the Army said.

The terrorists are believed to have come to Handwara to receive an infiltrating group from Pakistan Occupied Kashmir, officials said.

Besides Colonel Ashutosh Sharma and Major Anuj Sood, the other Army personnel killed in the encounter were identified as Naik Rajesh and Lance Naik Dinesh.

Col Sharma was the Commanding Officer of the 21 Rashtriya Rifles and had been decorated for gallantry twice in Kashmir.

A wreath-laying ceremony would be held here after which the Col Sharma”s body would be flown to Bulandshahr in Uttar Pradesh and that of Major Sood to Chandigarh.