Here Is Why Army, Navy and Airforce Have Different Salute 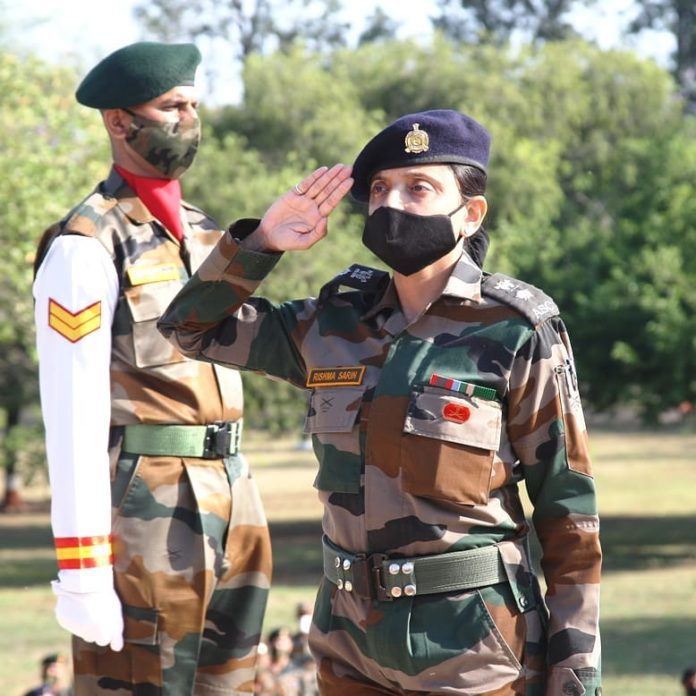 Why Army, Navy And Airforce Have Different Salute

The life of a soldier is attributed to diligence, hard work, sacrifices, orderliness, and discipline. The personnel’s of the Indian Armed Forces carry themselves in a sophisticated manner, and it is always spectacular to watch the parade and their salutes.

You can view their salutes during the events like Independence day and Republic day parades or various other ceremonial events.

The Salute is a gesture of respect or polite recognition but, do you even know that the Indian Army, Navy and Air force differ even in the mannerism of their salute?

Let’s Start and Explore it out!!

Style of the Salute: An Open Palm facing Forward.

How the salute is performed in Indian Army?

The personnel of the Indian Army executes salute with an open hand, with fingers and thumb together and the middle finger almost touching the hatband or eyebrow.

Why this type of salute is performed in Indian Army?

• The Indian Army work in hierarchical fashion so as to keep everyone in conscious of who the commanding officer is especially in a war where lapse of order can result to disaster thus as a reminder, the salute comes in picture.

• A salute establishes trust and proves that the personnel saluting has no bad intention and has no hidden weapons.

Style of the Salute: An Open Palm facing Down.

How the salute is performed in Indian Navy?

A salute is executed with the palm facing the ground at a 90° angle to the Forehead.

Why this type of salute is performed in Indian Navy?

• In olden days, the sailing crew with all hands on the deck were often exposed to grease, oil stains and dirt.

• To avoid disrespecting their superiors or seniors, the saluting was done with palms facing the ground and it is a tradition carried out from the pirate days.

Style of the Salute: An Open Palm at 45° to the Ground.

How the salute is performed in Indian Airforce?

A salute is executed with an open palm at 45° to the ground and is a mid-way between the salutes of the Indian Army and Indian Navy.

Why this type of salute is performed in Indian Airforce?

• Earlier, the Indian Airforce and the Indian Army shared the same gesture of hand salute but to set themselves apart, the Indian Air force issued new salute norms on 15 March in the year of 2006.

• The salute was standardised to make it more convenient for the Indian Airforce and it signifies the rise of aircrafts to the skies with Glory.

I hope the article was helpful for all the defence aspirants, if you have any doubt at all or you want to suggest me anything then please leave a comment to help you in least possible time!!