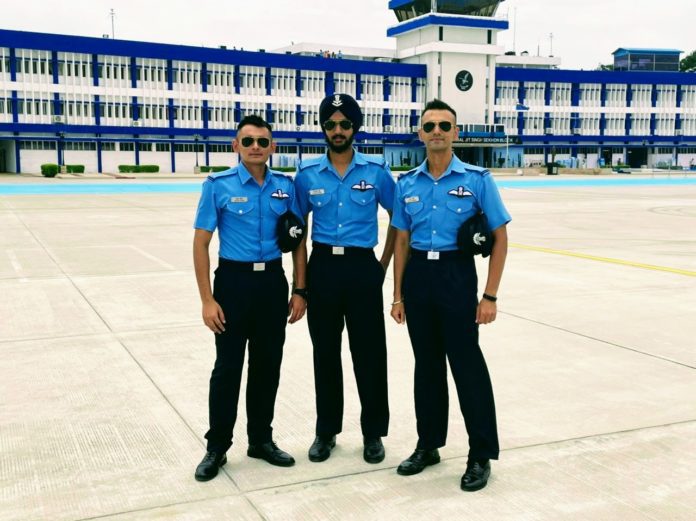 Around 20 – 25 questions are asked in the General Knowledge section of AFCAT exam. The question are asked from Science, History, Geography, Polity, Sports, Defence and Current Affairs. Attempting good number of questions in this section can help you score good marks in the exam. A score of more than 200 is also advantageous when determining merit.

How to Prepare For AFCAT exam?

The book is divided into four in-depth sections, each of which includes numerous practise questions to help you become exam-ready. The general knowledge section includes more than a thousand questions about current events, sports, the military, history, geography, politics, science, the arts, and other topics.

Solve your numerical questions with amazing tricks which helps you to approach all the variants so that you can answer them with ease. The verbal ability section also covers logics, approach & practice set to be confident enough in English.

Q. The study of inland water is known as?

Q. The rule of Krishna Deva Raya is known as golden age of

Q. Where is the Headquarter of ICG?

Q. What is Supernova?

Ans. Explosion of a star

Q. How many hymns are there in Rigveda?

Q. What is the motto of the Territorial Army?

Q. Which fighter aircraft has the ability to carry Brahmos?

Q. What is the largest ecosystem of the earth?

Q. What is the light house of the Mediterranean?

Q. Which instrument is used to measure humidity?

Q. What is the name of probe sent to Saturn by NASA, ESA & Italian space agency?

Q. Which of the following are separated by a 10-degree channel?

Q. What is the working principle of hydrogen bomb?

Q. Where is the headquarter of United News Agency?

Q. Which district has received Prime Minister’s Award for Excellence in 2021?

Q. Nusantara is the new capital of which country?

Q. What is the Motto of the Indian Army?

Ans. Service Before Self

Q. What is the motto of Indian Coast Guard?

Ans. Vayam Rakshamah – which translates from Sanskrit as “We Protect”

Q. Who appoints the members of State Public Service Commission?

Q. What was the theme of the World Environment Day 2022?

Ans. Only One Earth

Q. The term ‘Regatta’ is associated with which sports?

Q. Which valley has the largest coal deposit in India?

Q. Uranium is used to measure what?

Q. Who is the author of Netaji Subhas Chandra Bose’s Biography?

Q. Sampriti Military Exercise is conducted with which country?

Q. What is the language of the Buddhist texts?

Q. The term ‘Pitcher’ is used in which sports?

Q. Who was the lyricist of the song “Ae Mere Watan ke logo”?

Q. Who is called “Springing Tiger”?

Q. Which is India’s first nuclear Submarine of Indian Navy?

Q. Which Helicopter was developed by DRDO to launch anti-tank missile?

Q. What is the first ballistic missile of India?

Q. What is the motto of Paralympics?

Q. What is the Indigenously launched covid vaccine in India?

Q. Which is the first city to initiate flood early warning system in India?

Q. Shanti Swaroop Bhatnagar Award is related to what?

Q. Global Competitiveness Index (GCI) is released by which organisation?

Q. Operation Trident is related with?

Q. Who was the first commander in chief of Indian Army post-Independence?

Q. Women Empowerment Day is celebrated on which date?

Q. Which type of image is formed in Retina?

Q. Jamshedpur is situated on the bank of which river?

Q. World Tobacco Day is on which date?

Q. Which instrument is used for measuring the distance traveled by a vehicle?

Q. Which is the first Indian Captain after Independence?

Q. White Lily is the national flower of which country?

Q. Tabo Monestery is located in which state?

Q. India has signed an agreement with which country for development of Air-launched unmanned aerial vehicle (ALUAV)?

Q. Ustad Asad Ali Khan is related to which instrument?

How to crack AFCAT exam every time [Planning...