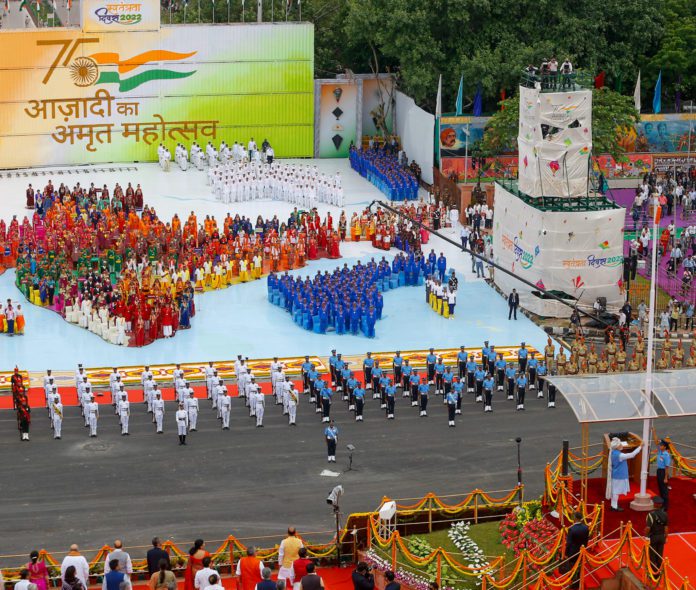 India is celebrating its Independence Day with vigour. Under the ‘Har Ghar Tiranga’ programme launched by the government, people have also hoisted the tricolour at their homes, doubling their joy.

This year marks the 75th anniversary of India’s independence from British rule, which has added to the confusion, as people wonder whether this year’s Independence Day the 75th or the 76th?

So here’s the solution: After more than 200 years of British dominance, India gained its long-fought independence on August 15, 1947.

As a result, India will mark 75 years of independence from British rule in 2022.

However, if the number of Independence Days celebrated in India since August 15, 1947, which is considered the first, is added up, the total will be 76.

This is why while we are celebrating our 76th Independence Day, it has been 75 years since we achieved independence from British rule in India.

So, it would be appropriate to say that India is celebrating the 75th anniversary of its independence with the Azadi Ka Amrit Mahotsav campaign. But it still is the 76th Independence Day.

As part of the Mahotsav or grand celebration, several events and campaigns have been organised for 75 weeks to celebrate independence and the glorious history of India’s people, culture and achievements. The journey of Azadi Ka Amrit Mahotsav began on March 12, 2021, starting a 75-week countdown to our 75th anniversary of independence.