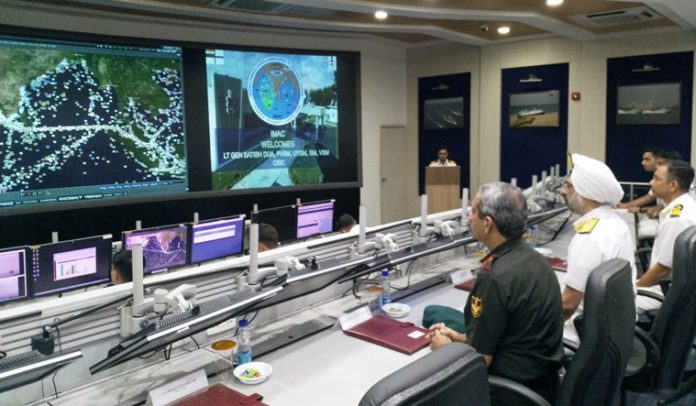 The era of warfare is changing since ages, the ancient warfare was fought using
Spears and swords. In this article, we will see Artificial Intelligence and Modern Warfare: Indian perspective. Later in the world wars, Military warfare witnessed Armoured vehicles, Assault Rifles, and Nuclear Missiles. In the 21st century, all armed forces of countries are shifting their intent to becoming modern and more
Technologically enhanced military. The ways of fighting warfare have changed over the years. In this article, we will briefly look at the use of Artificial Intelligence in Modern Warfare.

India is also rapidly investing its finance and resources in Artificial intelligence.
The AI integrated sophisticated equipment is being developed for 3D
mapping, Geological survey, and Natural Calamities prediction. This powerful
AI is anticipated as a game-changer in Modern Warfare from the Indian
perspective. The DRDO has started developing defence equipment integrated
with Artificial intelligence, Machine Learning and Quantum Mechanics.

The technology of AI is crucial in Unmanned Aerial Vehicles, the AI-enabled
UAVs can conduct day and night operations with minimum radar signatures.
With the help of Artificial intelligence and Machine Learning, the image
processing and 3D mapping capabilities of UAVs are enhanced. The technology
of AI is a crucial integration into Unmanned Combat Aerial Vehicles to conduct
strikes on enemy positions with data links shared with aircraft in the mission.
The Defence Research and Development Organization DRDO is also into the final
stages of the Rustom – II UAV and into the developmental phase of the Ghatak UCAV. To counter the threats at LoC and LAC, the AI integrated UAVs will be providing real-time Surveillance and Intelligence.

After the drone attack on the Jammu Airbase, the DRDO developed an Anti-Drone
System. The Technology jammers used in this system disable the software of
Drone and destroys it in the air. The Advanced Medium Combat Aircraft is under development, the AMCA aims to be designed and developed as a fifth-generation aircraft, the AI integrated Cockpit and Mission computer would assist the multi-sensor data fusion and Tactical data links, allowing it to coordinate with other aircraft.

In the 21st century, warfare would be witnessed in Space. The critical
advancement in Military satellites and Anti-Satellite missiles have given
superpower nations to have a cutting edge in future Warfare. The Indian defence
space technology has Signals Intelligence (SIGINT), Electronic Intelligence
(ELINT), Communication Intelligence (COMINT). The destruction of Military
satellites would be so catastrophic to the ground forces and Tactical data links.
The AI-enabled Mission computers on Anti Satellite Missile calculate the time
and impact of the Missile, the algorithms of AI process the orbit of the satellite and hits it with accuracy. India demonstrated its Anti-Satellite Missile under the “Mission Shakti”. The Indian Navy’s Information Management and Analysis Centre
(IMAC) enabled AI to regulate and monitor the Indian coastline and keep an eye on
Indian Ocean Region (IOR).

DRDO, a key research organisation of the Indian Armed Forces is collaborating with
National Technical Institutes to develop Quantum Technology and Artificial
Intelligence for Military Applications, Centre for Artificial Intelligence and
Robotics is currently working to enable AI in indigenous Military systems like

This is the Artificial Intelligence and Modern Warfare: Indian perspective.