Mechanised Infantry Regiment Indian Army – All You Need to Know 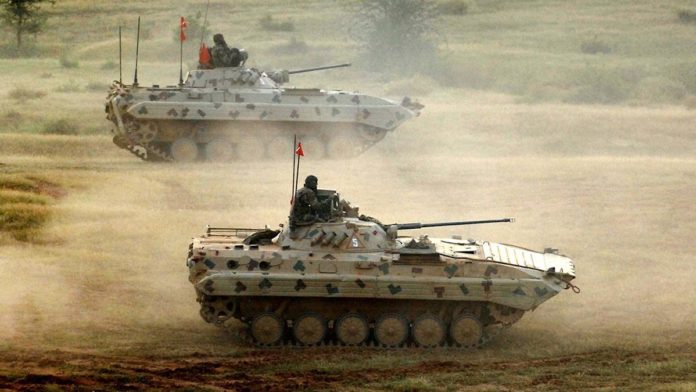 History of Regiment traces back to the 1960s, General K Sundari laid the idea of creating a segment of Infantry Regiments with Armoured Carriers for better mobility on the battlefield. After the 1965 Indo-Pak War, 10 battalions of the Indian Army were equipped with TOPAS, SKOT and BTR-60 Armoured Personnel Carriers. Later in 1979, all the Mechanised units were brought together and designated as Mechanised Infantry Regiment. The first Colonel of the regiment appointed was Gen K Sundarji.

The Mechanised Infantry Regimental Centre (MIRC) is located in Ahmednagar, Maharashtra which is also home to Armoured Corps Centre and School and DRDO’s Vehicle Research and Development Establishment. The training area is spread along 2000 acres and trains 1000 personnel annually. The training is divided into 3 parts

The Mechanised Infantry Regiment is currently equipped with

Most of the Mechanised Regiments are deployed under Brigades and Divisions along the Western sector taking the advantage of desert mobility.