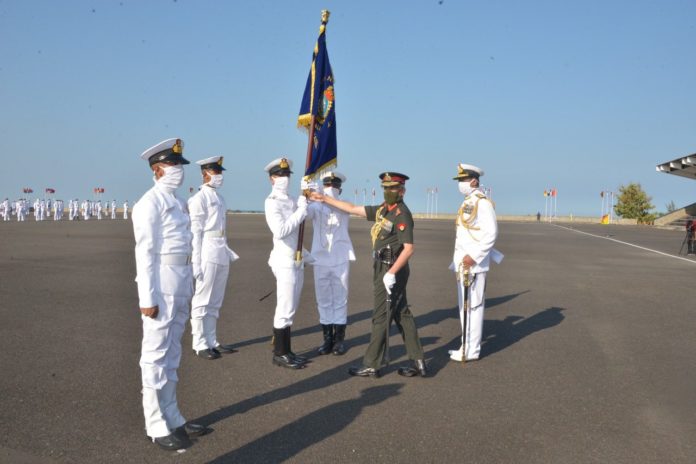 Indian Naval Academy (INA), Ezhimala will hold its Passing out Parade (POP) for Autumn Term 2021 on Saturday, 27 November 2021. The POP will be conducted with the presence of parents and guests of trainees, precautions to be followed during COVID-19 crisis. Trainees will pass out as Officers on successful completion of their ab-initio training. Midshipmen from 101 INAC, 101 EX-NDA, 31 NOC (Extended), 33 NOC (Regular) and 33 NOC (Coast Guard) would pass out after successful completion of their training at INA.

Thereafter, Ms. Didi interacted with Maldivian trainees undergoing training at the Southern Naval Command. She will be departing for the Indian Naval Academy at Ezhimala to be the chief guest at the passing out parade of officer cadets of the Navy on November 27. She will be the first Foreign Defence Minister to Review the Passing out Parade at the INA.

A total of 233 officers, including international trainees, will be passing out from the Indian Naval Academy.