Afghan cadets training at IMA worry about situation back home 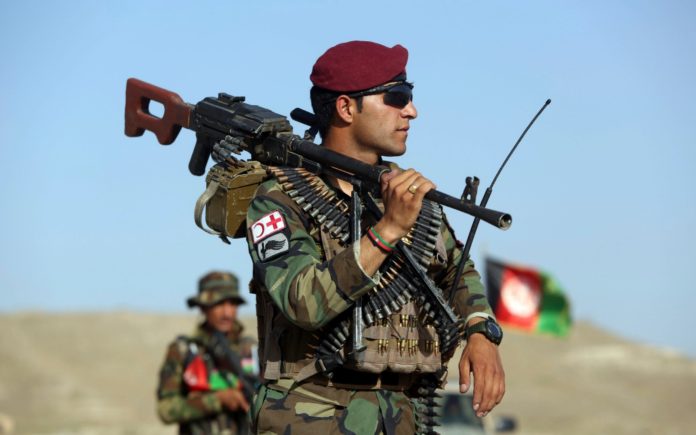 As the Taliban continue to take over Afghanistan, and the Afghan National Army (ANA) has collapsed in the neighbouring country, over 80 Afghan cadets undergoing training at the Indian Military Academy (IMA) in Dehradun face an uncertain future.

The ANA officers, including cadets in the first and the second semester, are on pre-commission training at IMA for a one-year course as per a strategic partnership agreement between India and Afghanistan signed in 2011 under which India has been providing military training to Afghan military officers.

An army officer confirmed there are over 80 Afghan cadets training at IMA. On the recent development in Afghanistan, he said on condition of anonymity, “The young cadets are worried for their families back home…Their trainers and faculty members are constantly supporting them and trying to keep their morale high.”

The officer added, “Even as their future seems uncertain as the ANA seems to have collapsed, the IMA is not stopping their training.”

Meanwhile, IMA public relations officer, Lt Col Himani Pant, said the training academy has not received any communication from the Afghan authorities till Monday following the developments in their country.

“As of now, we are imparting training to the Afghan cadets in IMA,” she said.

Afghan cadets comprise the majority of foreign cadets undergoing training at the Indian Military Academy. In the last passing out parade held in June, a total of 84 foreign cadets passed out, of whom 43 were from Afghanistan.

ANA officers said they were angry at the Afghan political leaders more than anybody else. One of the officers, who passed out from the IMA in December 2018 and was deployed in the ministry of defence of Afghanistan till Saturday, told HT over WhatsApp, “We are angry with the politicians of the country who are political traders. They sold out our motherland and left the people of Afghanistan to their fate. More than any foreign power or Taliban, it is them who destroyed this country. People of Afghanistan will kill them one by one once this crisis ends,” he said.