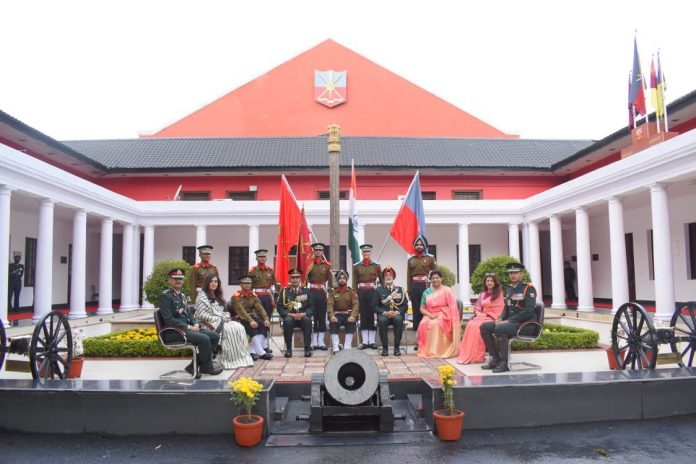 Organisation and layout of Indian Military Academy Dehradun. The Commandant of Indian Military Academy is a Lieutenant General and Deputy Commandant & Chief  Instructor of the rank of Major General. IMA is broadly organised with a Headquarter,  Instructional Teams, Training Battalions and Army Cadet College Wing. The Headquarter consists of General Staff Branch, Administrative Branch and the Adjutant’s Branch.

There are four training Battalions viz, Bhagat, Cariappa, Thimayya and Manekshaw  commanded by Colonels and assisted by Majors and Captains who are the Company and  Platoon Commanders.

Battalions are named after the Ex Chiefs of the Army Staff except  Bhagat Bn which is named after Lieutenant General PS Bhagat, VC – the first officer to be  awarded with Victoria Cross and also was the Commandant of IMA. The Battalions are  organized into four Companies each which are further sub divided into three platoons each.

The Army Cadet College Wing headed by a Brigadier is the fifth Battalion of IMA  located in Tons Campus. It consists of three Companies with three platoons each and a  Academic Department headed by a Principal. The latter is organisation into various  departments under the Humanities and Science Streams and each department is being headed by a Professor / Associate Professor.

The hierarchy of Indian Military Academy is as shown below: