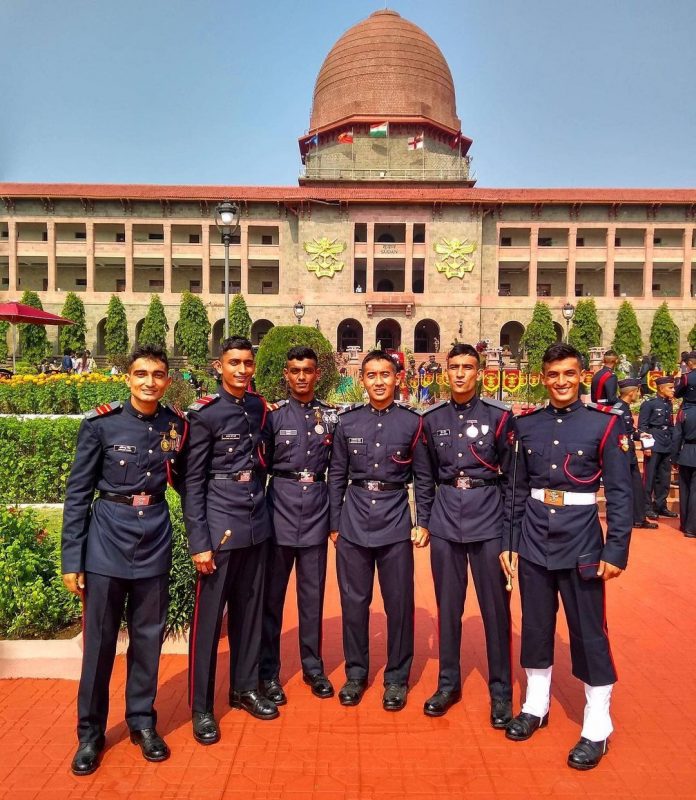 Three formative years at the academy instil in the cadets a sense of intense belonging, bonding and feelings of oneness with the alma-mater. Breaking bread and training together engender the spirit of camaraderie which in turn forms the bedrock of inter-services co-operation in times to come. Herein are sown the seeds of ‘Jointmanship’, the new mantra of coordinated inter-services strategy. The cadet during his sojourn at the NDA holds many a thing close to his heart. By merging his identity with others, he gains the solace of a herd, the power of a team and the leverage of a group. This attribute of solidarity stands him in good stead during testing times.

The Daily Schedule of NDA Cadets goes like this :

The Cadets are woken up by a special Alarm. That Alarm is “a junior term cadet calls everyone with a loud voice of cheer singing the motto/slogan of their squadron/Battalions.” After the basic freshen up is done, the Cadets go on warm-up run and exercises to cheer themselves for the Morning PT. 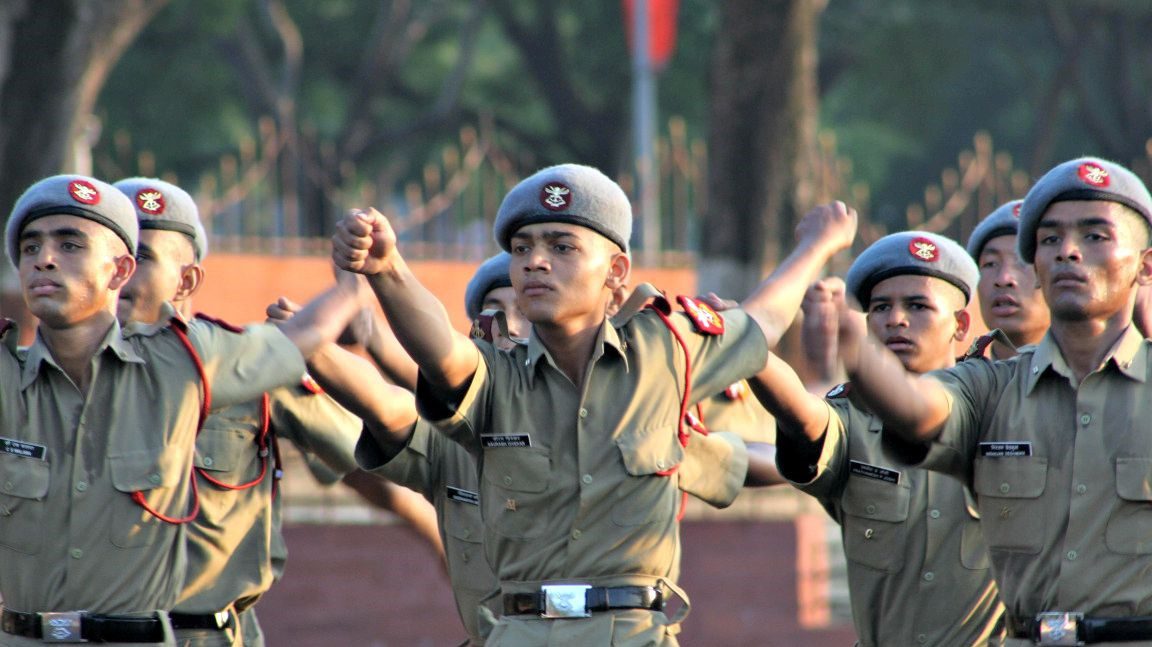 After the exhausting PT/Drill, the Cadets freshen up themselves and get ready for the Breakfast at Cadet’s (which happens to be Asia Largest Mess to serve nearly 2100 Cadets at a time). The Cadets have to Finish their breakfast within time as they have to attend the classes.

The Cadets of NDA attend the classes in Academic Block. Bachelor of Arts, Science and Engineering are the courses offered for the NDA Cadets. The Duration is divided into 6 periods. And Cadets are taught foreign languages and core subjects of the service Army/Navy/Airforce. 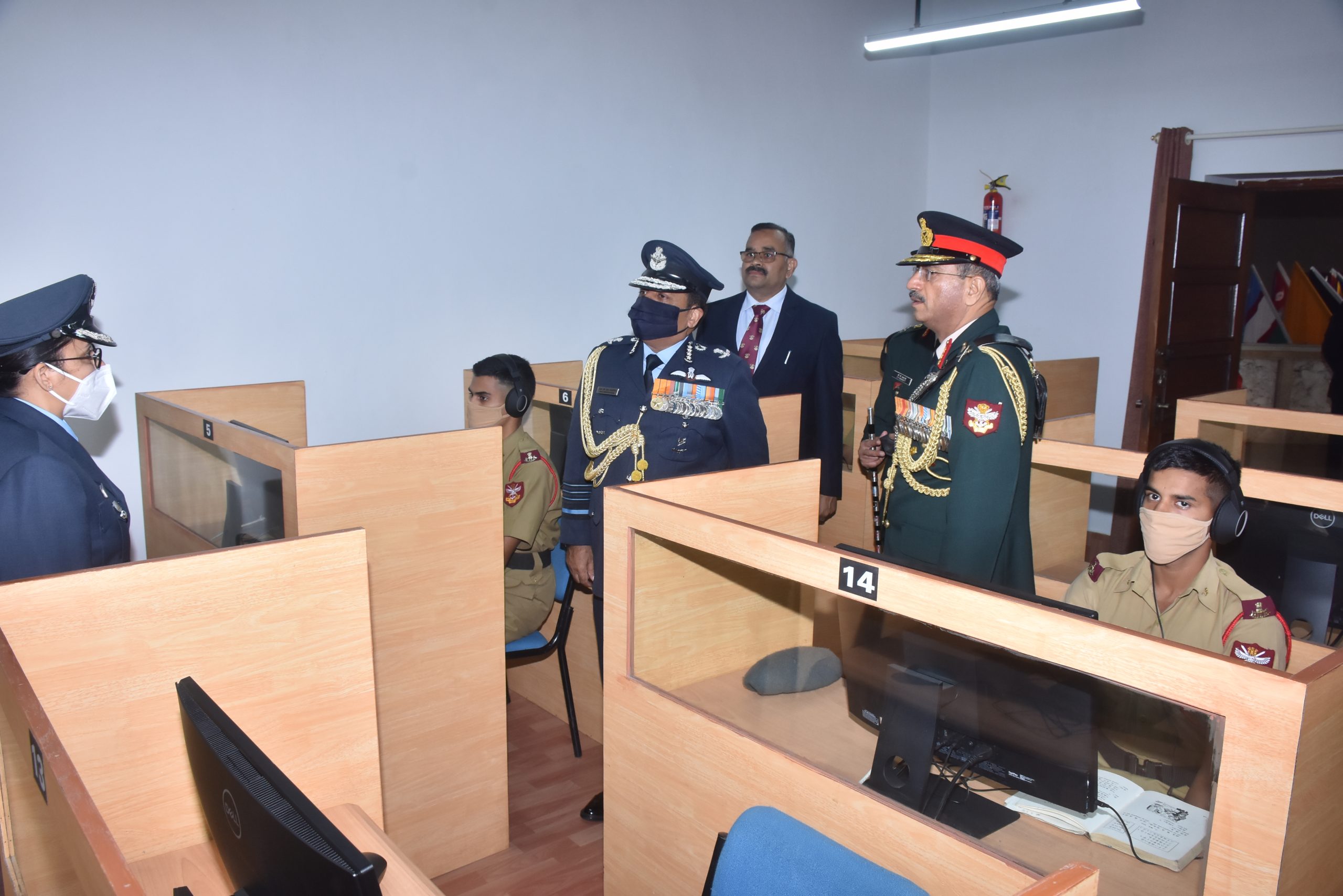 After gaining theoretical knowledge, the Cadets have their lunch at Cadet’s Mess and look after their Cabins to keep and Clean. Some Cadets take rest while others will be busy with other activities related to their training and Curriculum.

All the Cadets of NDA will be seen in Playground as it is Games Time. NDA has facilities for Various Sports like Football, Basketball, Volleyball, Hockey, Squash and etc. And National Defence Academy also Offers other extra sports activities such as Horse Riding, Swimming, Rafting, Polo, Shooting. The Cadets indulge themselves in the sport whose competition would be held in the Academy sooner. Cross Country is one of the Important Athlete Activity held in NDA. 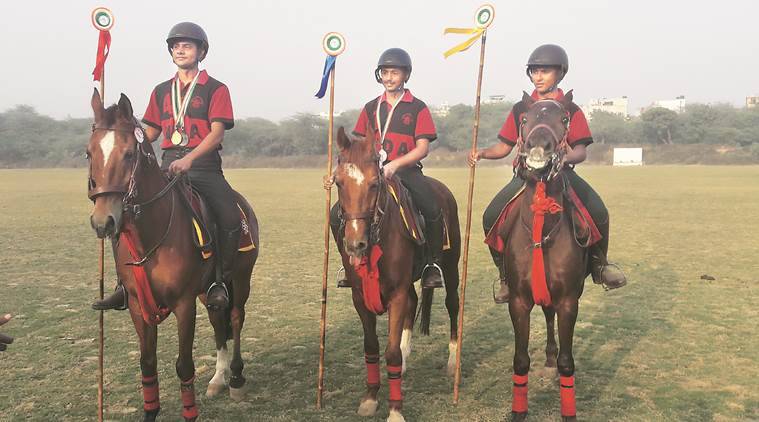 The Cadets freshen up themselves after games. As it is Study time, Cadets study their subjects and Excel themselves in Knowledge they gained in the morning/previous classes.

This is time for the briefing by Senior Cadets. The Senior terms who are allocated with certain appointments briefing the Cadets about the events happening in the NDA shortly. And Senior term cadets pump up Josh and Motivate the Cadets to win every competition for their Squadron/Battalion.

The Cadets have their nutritious Dinner at Cadet’s Mess and interact with other cadets about the Daily Routine and other stuff. 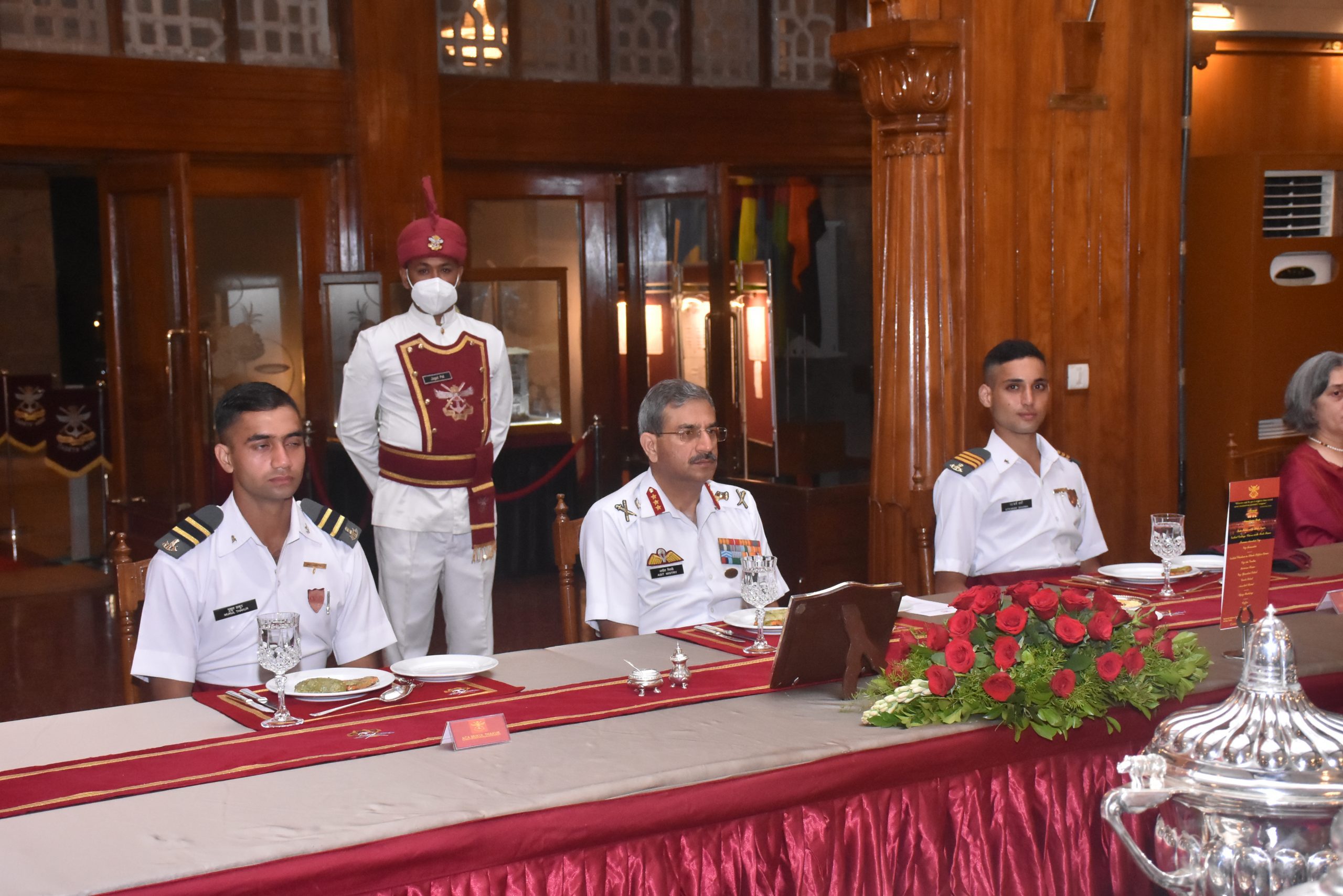 The Senior terms cadets engage small of Exercises for Cadets and PT/Games will be played in front of their squadron. It also the time of some Chit Chats and Interaction between Cadets of Junior term and Senior.

Lights off. The tried cadets go to bed and thank for the day. They make themselves ready for tomorrow as the next day Schedule of NDA Cadets.