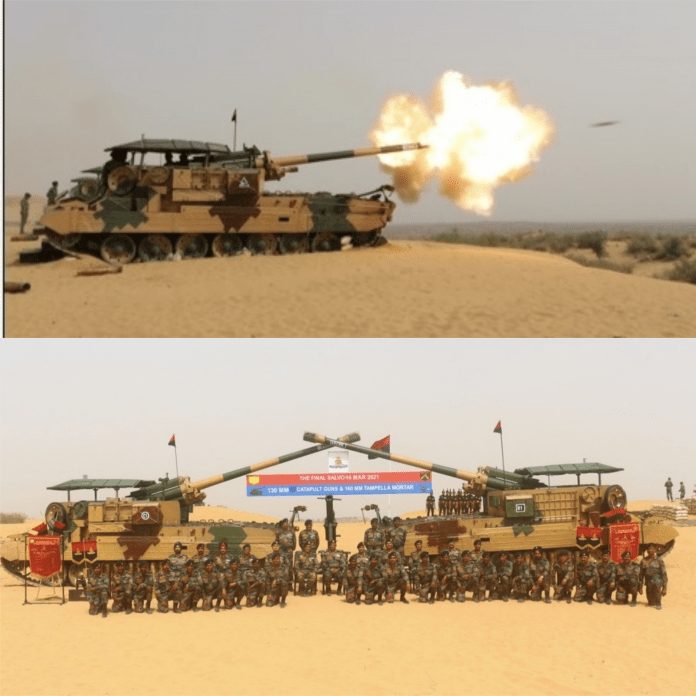 Two of the longest-serving Artillery systems, the 130mm Self Propelled M-46 Catapult Guns and the 160mm Tampella Mortars were decommissioned today at Mahajan Field Firing Ranges. The ceremony was marked by the customary firing of last salvos. The decommissioning firing was attended by Lt Gen K Ravi Prasad, Director General Artillery (Indian Army) and other senior officers.

The 130mm Self Propelled M-46 Catapult Gun, with a range of more than 27 km, was a successful merger of two existing weapon systems: Vijayanta tanks and 130mm M-46 guns. This hybrid platform was a response to the need for a mobile Artillery gun system to support strike formations on the Western borders, after the 1965 and 1971 wars. The guns were inducted in 1981 and were employed successfully during a number of operations. 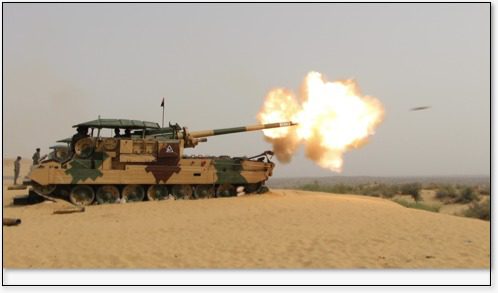 The 160mm Tampella mortars, with a range of 9.6km, were inducted after the 1962 war with China to fulfil the need for a weapon system to clear high crests of the Northern borders. Originally an import from the Israeli Defence Forces, this mortar was successfully deployed on the Line of Control in the Leepa valley and the Hajipir Bowl and played a crucial part in maintaining the sanctity of the Line of Control. The mortars also played a significant part in the 1999 Kargil war.

These weapon systems have been in the inventory of the Indian Army for close to 60 years, have been decommissioned to make way for newer equipment employing the latest technologies.

Also Read: Regiment of Artillery Indian Army – All You Need To Know(Opens in a new browser tab)