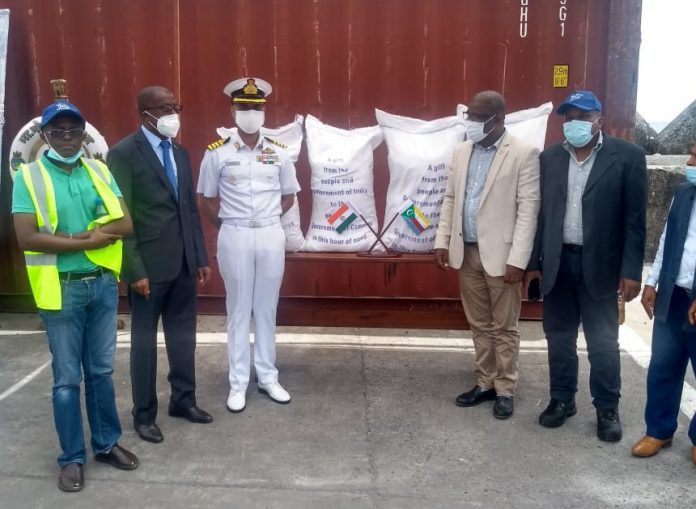 As part of Mission Sagar-IV, Indian Naval Ship Jalashwa arrived at Port Anjouan, Comoros on 14 March 2021 to deliver 1,000 Metric Tonnes of rice. An official ceremony for handing over the food aid from the Government of India to the Government of Comoros was held on 15 March 2021.

The ceremony was attended by HE Mr Dhoihir Dhoulkamal, Minister of Foreign Affairs and International Cooperation, in charge of the Diaspora and HE Mr Djae Ahamada Chanfi, Minister of Maritime and Air Transport of Comoros. The Mission Sagar-IV Indian side was represented by Captain Pankaj Chauhan, Commanding Officer INS Jalashwa. 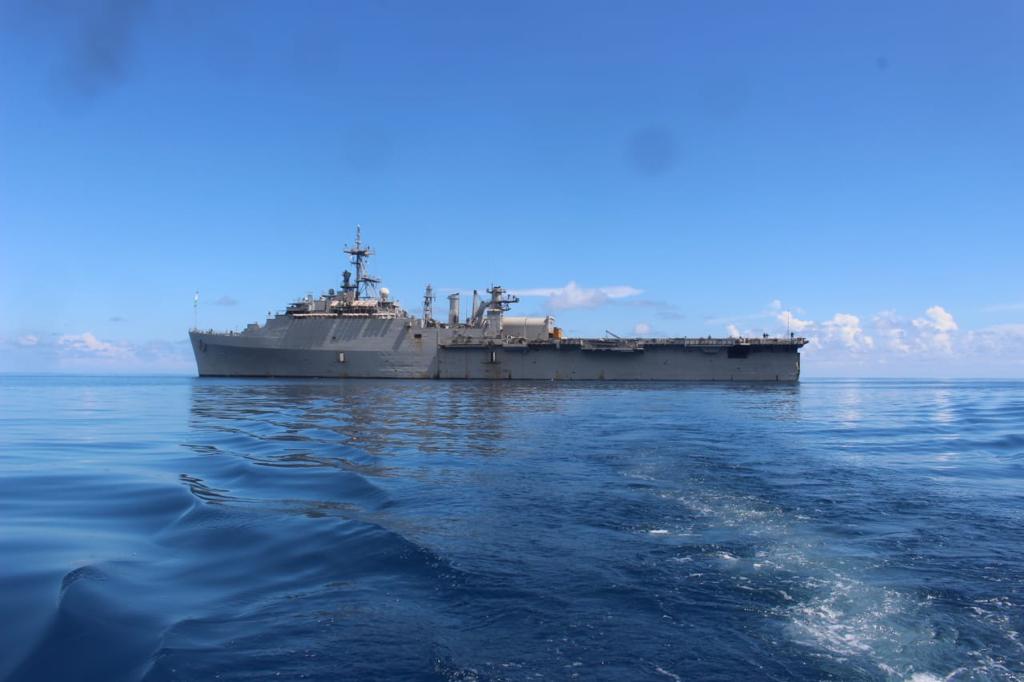 This is the second visit of an Indian Navy ship to the island country within a span of one year. Earlier, as part of Mission Sagar-I, in May-June 2020, the Indian Navy had delivered essential medicines to the nation and had also deployed a specialist medical team to work alongside their counterparts and to render assistance for dengue fever-related emergencies. Indian Naval Ship Jalashwa, the largest amphibious ship of the Indian Navy, has been specially sent to Comoros due to its large carrying capacity. 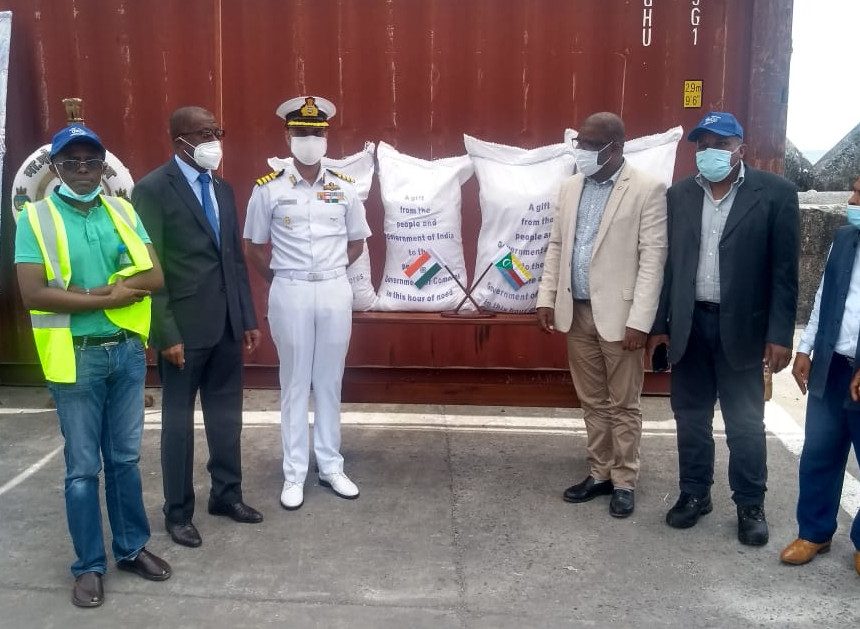 Comoros and India have always enjoyed close and friendly relations and have similarities of view on regional and global issues. ‘Mission Sagar’, builds on the excellent relations existing between the two countries and deployment also resonates with the vision of our Prime Minister of Security and Growth for All in the Region ‘SAGAR’ and highlights the importance accorded by India to relations with the countries of the IOR. The operation is being progressed in close coordination with the Ministries of External Affairs, and other agencies of the Government of India.