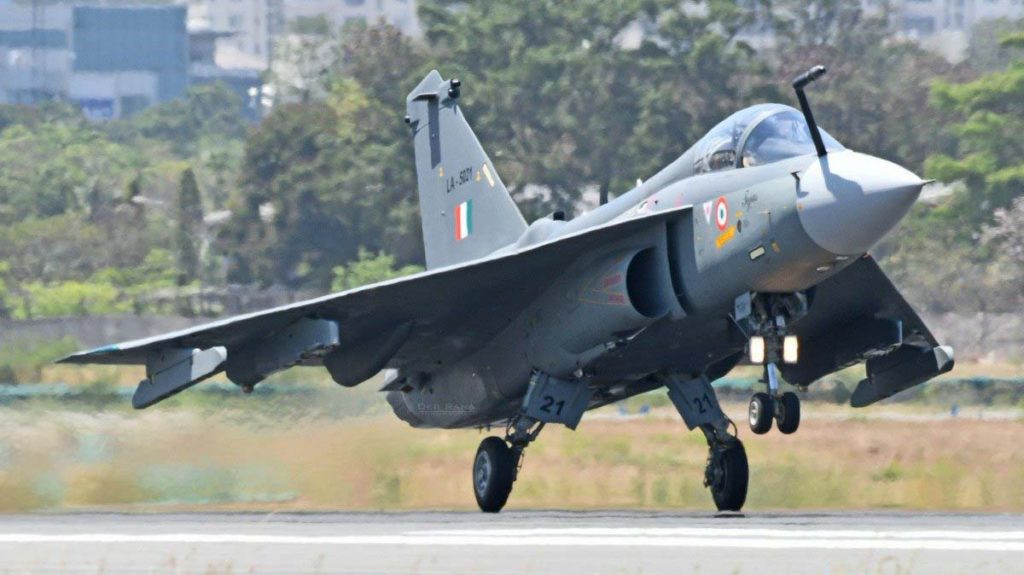 The Contract for 83 Light Combat Aircraft Tejas was handed over to Hindustan Aeronautics Limited HAL on 3rd of February 2021. The Cabinet Committee on Security under the Chairmanship of Prime Minister Shri Narendra Modi had approved procurement of 73 LCA Tejas Mk-1A fighter aircraft and 10 LCA Tejas Mk-1 Trainer aircraft at a cost of Rs. 45,696 Cr along with Design & Development and Infrastructure sanctions worth Rs. 1,202 Cr on 13th January 2021. The contract is valued at close to Rs. 48,000 crores. The contract was handed over in the presence of Raksha Mantri Shri Rajnath Singh.

This is the largest ever Defence contract for indigenous manufacture till date. This significant step provides great impetus to indigenous fighter aircraft capable of the nation. A stellar display of Tejas platform was made today in Aero India 2021 in the presence of a large number of international and national participants.

The deliveries of all 83 aircraft shall be completed in 8 years from now. HAL will be delivering the first 3 aircraft in the 3rd year and 16 aircraft per year for subsequent 5 years. On 2nd February Raksha Mantri Shri Rajnath Singh inaugurated the second production facility (Plant II) to augment the production capacity and ensure timely supply of aircraft to IAF. The induction of Light Combat Aircraft Tejas Mk-1A in Indian Air Force will enhance operational capabilities and improve the aircraft strength.

Light Combat Aircraft Mk-1A variant is an indigenously designed, developed and manufactured state of the art modern 4+ generation fighter aircraft. This aircraft is equipped with critical operational capabilities of Active Electronically Scanned Array (AESA) Radar, Beyond Visual Range (BVR) Missile, Electronic Warfare (EW) Suite and Air to Air Refuelling (AAR) would be a potent platform to meet the operational requirements of Indian Air Force. It is the first “Buy (Indian-Indigenously Designed Developed and Manufactured)” category procurement of combat aircraft with an indigenous content of 50% which will progressively reach 60% by the end of the programme and about 250 out of 344 systems fitted in the aircraft will be indigenous.

Responding to Prime Minister Shri Narendra Modi’s clarion call for Aatmanirbhar Bharat Abhiyaan, India is continuously growing in its power to indigenously design, develop and manufacture advanced cutting edge technologies and systems in the Defence Sector. The manufacturing of Light Combat Aircraft by HAL will give a further push to Aatmanirbhar Bharat initiative and boost indigenization of defence production and the defence industry in the country.

About 500 Indian companies including MSMEs in the design and manufacturing sectors will be working with HAL in this procurement. Some of these companies have displayed their systems at Aero India 2021. Today, the nation is self-reliant in most of the Military Fighter Aircraft Contemporary technologies and this has been possible largely due to Tejas Programme. The programme would act as a catalyst for transforming the Indian aerospace manufacturing ecosystem into a vibrant Aatmanirbhar-self-sustaining ecosystem.

Also Read: Everything about the TEJAS fighter

IAF and HAL operationalised E-Portal during...