Selection Board For Grant Of PC To Women Officers 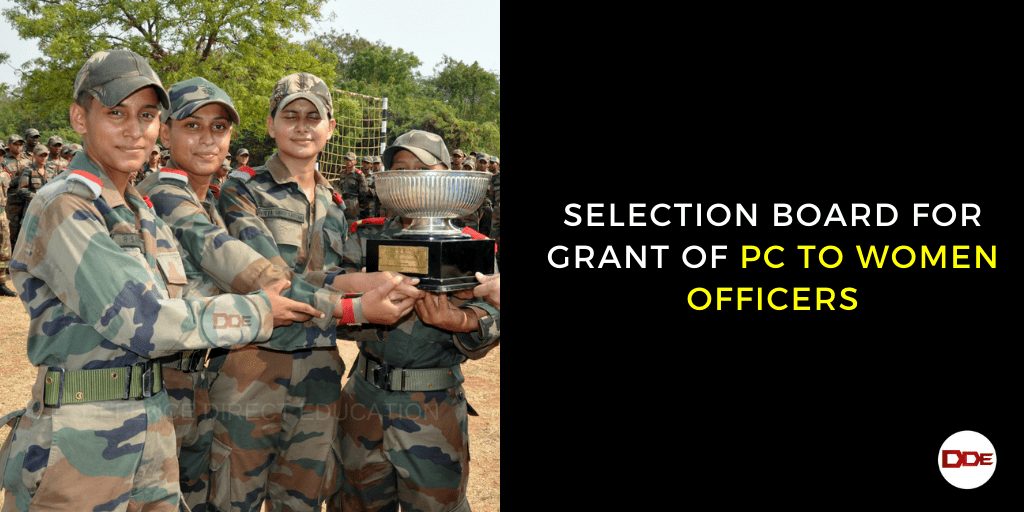 Selection Board For Grant Of PC To Women Officers

The Special No 5 Selection Board constituted to screen Women Officers for grant of Permanent Commission (PC) in Indian Army has commenced it’s proceedings at Army HQ on 14 September 2020. The board is headed by a Senior General Officer and includes a woman officer of the rank of Brigadier. Women officers have been permitted to witness the proceedings as observers in order to add transparency to the process.

Women Officers who qualify in the screening process will be granted Permanent Commission subject to being in minimum acceptable medical category.

According to recent figures, there are 1,653 women officers currently serving in the Army out of a total of nearly 43,000 officers. Apart from the Judge Advocate General’s branch and Army Education Corps where Permanent Commission was already given, the eight other branches to get women officers as permanent commissioned officers are Signals, Engineers, Military Intelligence, Army Air Defence, Army Ordnance Corps, Army Service Corps, Army Aviation Corps and Corps of Electronics and Mechanical Engineering.

The Army has recently tweaked its physical fitness policy for women officers after the Supreme Court verdict. Changing its policy regarding applicability of Battle Physical Efficiency Test (BPET) for women officers/women cadets/women recruits, the Army has made it mandatory for all women officers, including those commissioned before 2009 and above 35 years of age, who were earlier exempt from it.

This course, which is normally attended by male officers with five to 10 years of service, will now see women officers of much senior service bracket — 15 and 16 years of service and more — attending it. According to the directions of the Director General Military Training (DGMT), consequent to the SC order, the women officers considered for Permanent Commission will have to undergo mandatory courses of their respective branches along with JC course.