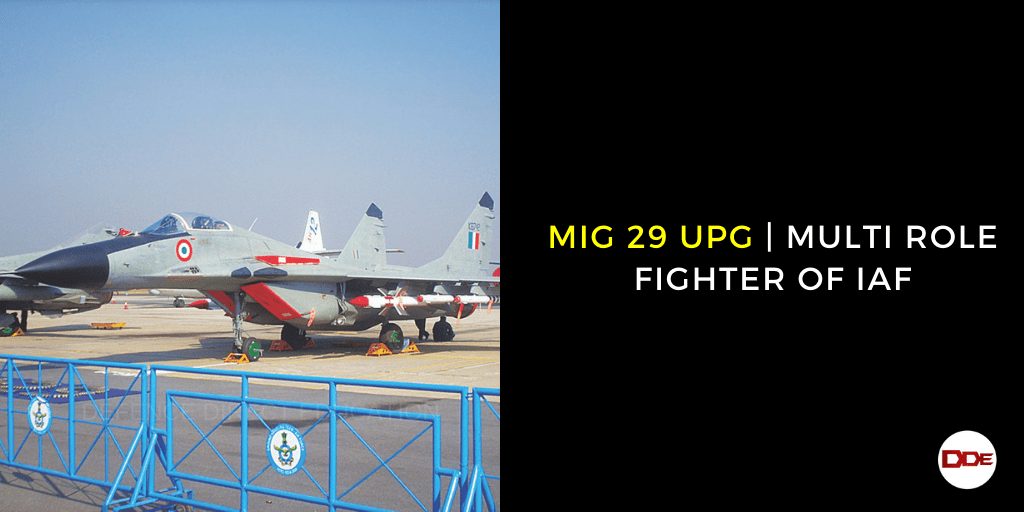 MiG 29 UPG is a Multi role fighter present in Indian Air Force. The MiG 29 Fighter is designed and developed by Miyokan Design Bureau. India operates 69 MiG 29s. All the MiG 29 are upgraded to the UPG standards. India was the very first international customer of MiG 29. The inductions of these fighter started in the year 1985. The MiG 29s were extensively used in the Kargil war to escort Mirage fighters. It acts as the second line of defence after Sukhoi 30 MKI.

India signed the deal with Russia to upgrade MiG 29. The contract of $900 million was signed to upgrade the operational MiG 29s.

The MiG 29 UPG participated in its maiden exercise with Oman Air Force. India operates 2 Squadrons of MiG 29 i.e No. 47 squadron and No. 223 squadron based at Adhampur Air Force station.

The Additional 21 MiG 29 UPG are ordered from Russia along with the 12 Sukhoi MKI. The MiG 29s have already started roaring at Ladakh.