South China Sea Dispute : All You Need To Know 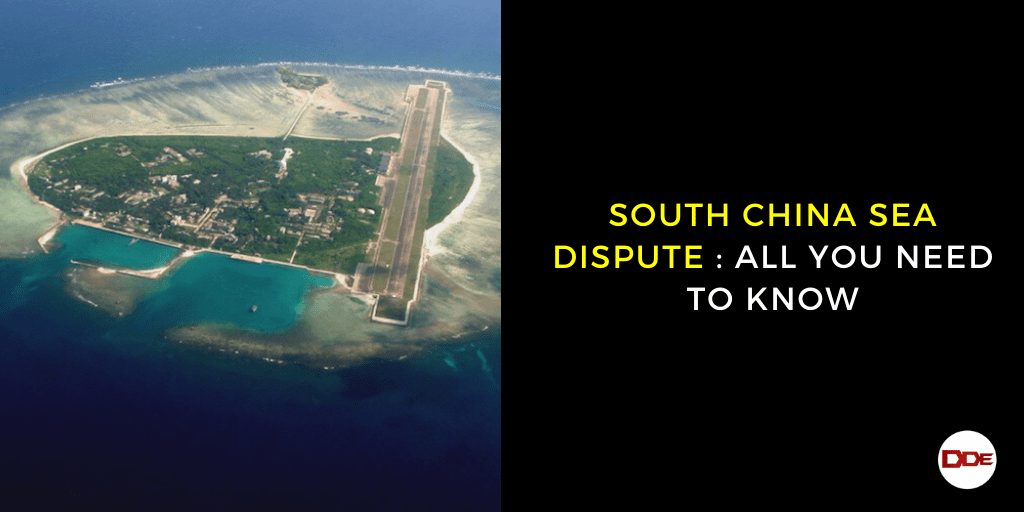 South China Sea Dispute : All You Need To Know

What is the conflict about?

The Philippines, Vietnam, China, Brunei, Taiwan and Malaysia hold different, sometimes overlapping, territorial claims over the sea, based on various accounts of history and geography.

China claims more than 80 per cent, while Vietnam claims sovereignty over the Paracel Islands and the Spratly Islands.

The Philippines asserts ownership of the Spratly archipelago and the Scarborough Shoal, while Brunei and Malaysia have claimed sovereignty over southern parts of the sea and some of Spratly Islands.

Over the years, the claimants have seized control of a raft of sea features, including rocks, islands and low-tide elevations.

China‘s “nine-dash line” is a geographical marker used to assert its claim. It stretches as far as 2,000km from the Chinese mainland, reaching waters close to Indonesia and Malaysia.

Why is it important?

The South China Sea is a key commercial thoroughfare connecting Asia with Europe and Africa, and its seabed is rich with natural resources. One third of global shipping, or a total of US$3.37 trillion of international trade, passes through the South China Sea.

About 80 per cent of China’s oil imports arrive via the Strait of Malacca, in Indonesia, and then sail across the South China Sea to reach China.

The sea is also believed to contain major reserves of natural resources, such as natural gas and oil.

The South China Sea also accounts for 10 per cent of the world’s fisheries, making it a key source of food for hundreds of millions of people.

What role does the US play in the dispute?

The US has wide-ranging security commitments in East Asia, and is allied with several of the countries bordering the South China Sea, such as the Philippines, Singapore and Vietnam.

Furthermore, the South China Sea is a vital trade route in the global supply chain, used by American companies who produce goods in the region.

Although the US does not officially align with any of the claimants, it has conducted Freedom of Navigation operations, designed to challenge what Washington considers excessive claims and grant the free passage of commercial ships in its waters.

During the summer of 2018, British and French forces conducted similar operations in the disputed waters.

How has the situation evolved?

China has repeatedly criticised the US for acting “provocatively”, while it has started to defend its claims in a more assertive way in recent years.

In 2014, the deployment of a Chinese drilling rig in waters near the Paracel Islands led to several confrontations between Vietnamese and Chinese ships and provoked protests in Vietnam.

That same year, Beijing began land reclamation operations in some of the features it controls in the Spratly archipelago, increasing surface area with man-made structures and in turn building military installations on them.

Analysts note China’s success in changing the facts on the ground gradually, without triggering a major confrontation with other claimants or the US.

China has also established a new city on one of the islands – Sansha on Woody Island – in turn leading to an increased Chinese tourism.

In July 2016, a ruling by an international tribunal in The Hague determined China had no “historic rights” over the sea and ruled that some of the rocky outcrops claimed by several countries could not legally be used as the basis for territorial claims. Beijing rejected the ruling and described it has having “no binding force”.

The United States on July 13, 2020 officially dismissed China’s claims to offshore resources across the South China Sea and called it completely unlawful. The US Secretary of State Michael Pompeo issued a statement clarifying the US position on Maritime claims in the South China Sea, saying that China has no legal ground to impose its will on the region. The United States further announced that it is aligning the US position on the dispute with the 2016 Arbitral Tribunal’s decision.

In a warning earlier this month, the Philippines warned China of the severest response if the Chinese military exercises in the disputed South China Sea spill over into Philippine territory. The Chinese People’s Liberation Army (PLA) has reportedly been conducting naval exercises around the Paracel Islands since July 1. The disputed Paracel Islands in the South China Sea is being claimed by China and Vietnam.