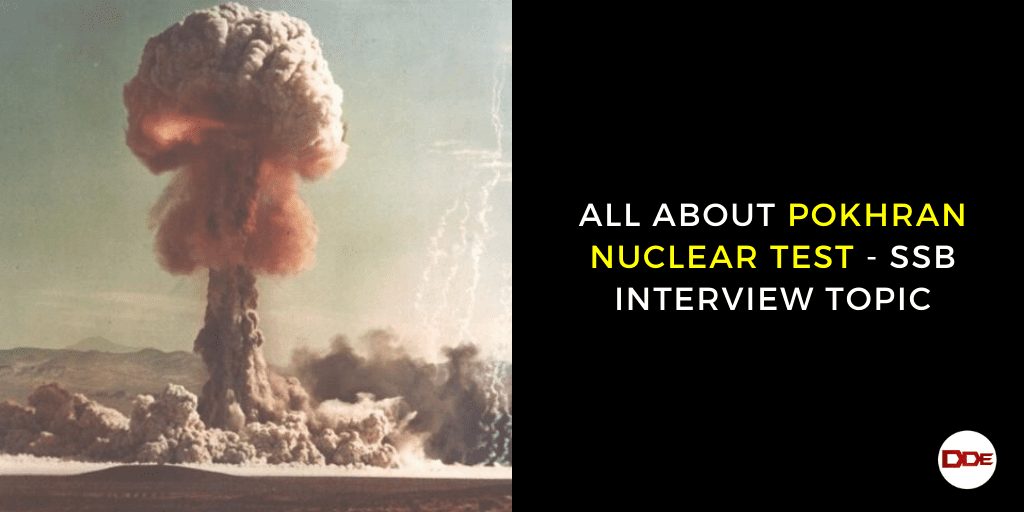 On 11th May in 1998 India successfully tested its nuclear bombs at Pokhran in Rajasthan. Since then, May 11th has been considered as a day of significance in India’s scientific timeline and is being observed as the National Technology Day.

Here are all things you need to know about Pokhran-II nuclear test:

On 11th May, 1998, the Atomic Energy Commission along with the Indian Army carried out three contained nuclear tests at 3:45 pm and on 13th May, 1998, two other nuclear tests were conducted at 12:21 pm in the deserts of Pokhran in Rajasthan. The Operation was codenamed ‘Shakti’. Earlier, India had carried out its first nuclear tests in 1974 under the codename ‘Smiling Buddha’ under the leadership of Prime Minister Indira Gandhi.

During the course of planning and developing the missiles, India saw 3 different reigns of Prime Ministers- V.P Singh, Narasimha Rao and Atal Bihari Vajpayee. The action took place in full force only after Atal Bihari Vajpayee asked the scientists to make preparations in the shortest time possible in March 1998. Dr. A.P.J Abdul Kalam, scientific advisor and director of DRDO and Dr. R Chidambaram, DAE director were the coordinators of the mission.

“Prayer Hall” was the name given to the device preparation building where all the devices were brought together. Three shafts were made, namely, White House where Shakti 1 was placed, Taj Mahal for Shakti 2, and Kumbakaran for Shakti 3.

There were five explosions during India’s second nuclear tests that were carried out in 1998. Among the five nuclear bombs, the first one was a fusion bomb and the rest four were fission bombs. The first three bombs included 45 kt thermonuclear device, 15 kt fission device and sub-kt nuclear device. The other two which were tested on 13th May were also sub-kt bombs of power 0.5 kt and 0.3 kt.

Pakistan vociferously opposed India’s nuclear tests and issued a statement accusing India of starting an arms race in the sub-continent. Despite being immensely pressurised by US President Bill Clinton and Opposition Leader of Pakistan Benazir Bhutto, the then Prime Minister of Pakistan Nawaz Sharif went on to authorise nuclear tests. The tests by Pakistan were conducted on May 28th, 1998 and on May 30th, 1998, under the code name Chagai-I and Chagai-II.

“UNLESS INDIA STANDS UP TO THE WORLD, NO ONE WILL RESPECT US. IN THIS WORLD, FEAR HAS NO PLACE. ONLY STRENGTH RESPECTS STRENGTH.” : DR APJ ABDUL KALAM ♥️🇮🇳 #INDIANARMY #INDIANNAVY #INDIANAIRFORCE #POKHRAN