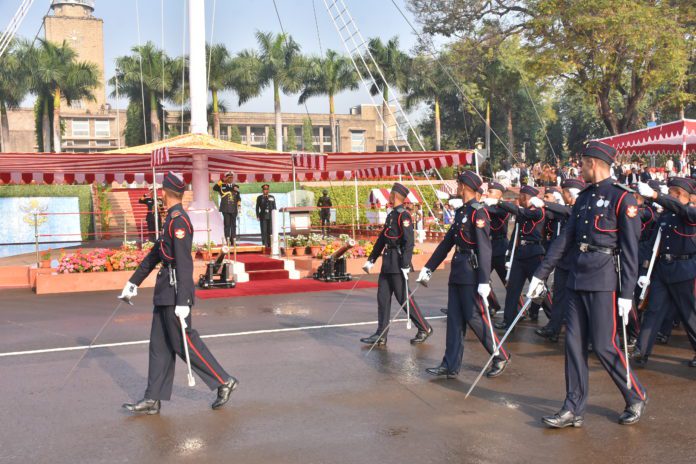 The first joint military institution in the world, known as the National Defence Academy (NDA), which trains the cadets for the Army, Navy, and Airforce, has as its motto “Service Before Self.”

Some of you may have the dream of joining this elite academy. It is truly said that NDA is the place where boys are turned into men.

Change in the voice tone, good body structure, few extra inches of height and an overall gentleman personality is more than enough to motivate students.

The moments of fun and pain gets out the best from a youngster. You might have heard the experience of NDA cadets you may know.

The National Defense Academy’s initial logo featured an eagle, an anchor, a sword, and a quill pen to represent the four subjects that Cadets studied at the National War Academy.

The current symbol was chosen in 1948. Maroon serves as both the background colour and a fitting colour for heraldry as well as a representation of valour and sacrifice.

Here are some interesting facts about the National Defence Academy:

1) For the contribution of the Indian soldiers for Sudan in World war 2, India got donation from Sudan and NDA was built. Therefore, the main building of the academy is known as Sudan Block.

5) Camp Greenhorn in the 2nd term, camp Rover in the 4th term and camp Torna in the 6th term.

6) Further, Rakesh Sharma, the first Indian to travel in space was an alumnus of National Defence Academy.

7) Current chief of staff of Army, Navy and Airforce are all NDA alumni.

8) Also, the academy trains candidates from more than 28 friendly nations.

9) “NDA special” is a special holiday train for NDA cadets.The train runs between Delhi and Pune.

10) The cadet’s mess in the academy is Asia’s largest mess.

11) Recently the NDA has open the doors for the females to join the academy.

At the entrance of the Dining Hall of NATIONAL DEFENCE ACADEMY Khadakwasla, there is a table set for one, with the chair tilted forward. This table is set for the Armed Forces Personnel who are Prisoners of War and forgotten, in the hope that they will return one day (54 PsOW of the 1971 war have never returned home).The Placard on the table says: “The table set is small, for one, symbolizing the frailty of one prisoner against his oppressors”.