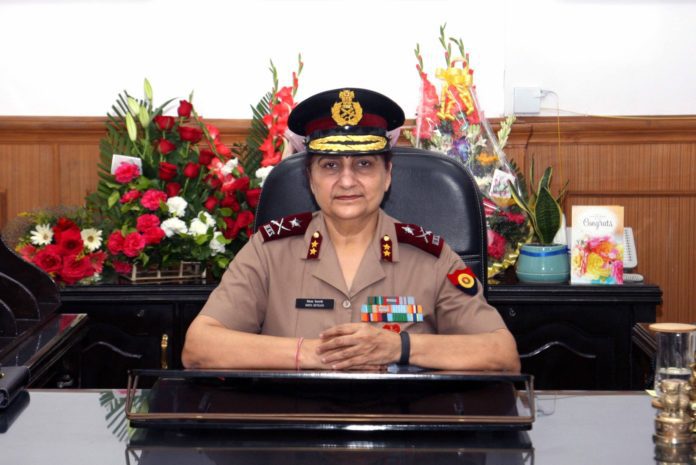 Major General Smita Devrani assumed charge as Additional Director General of Military Nursing Service (MNS) on October 01, 2021. The day coincided with the occasion of 96th MNS Corps Day. An alumna of School of Nursing, Military Hospital Secunderabad, the General Officer was commissioned into the Military Nursing Service on December 28, 1983. Later, she completed her Diploma in Midwifery from the Naval Hospital INHS Asvini, Mumbai.

A graduate from Delhi University, her quest for academic excellence gained her not only Post Graduate Diploma in Hospital and Healthcare Management and MBA in Hospital Administration, but also Six Sigma Certificate and Quality Control Management & Infection Control and Prevention Management from the National Heath Care Academy, Singapore.

The General Officer is a Critical Care Nurse par excellence and had done her Intensive Care Nursing specialty from Army Hospital Delhi Cantt. in 1992 and her diligent critical care nursing management has won accolades during her clinical tenures. Gen Devrani was also instrumental in managing casualties during her deputation to UN Mission in Congo in 2006-2007 where she served as a Chief Matron. She had volunteered to be part of the team which climbed the Mount Nyragongo in Congo which is an active stratavolcano at an elevation of 3470 metres.