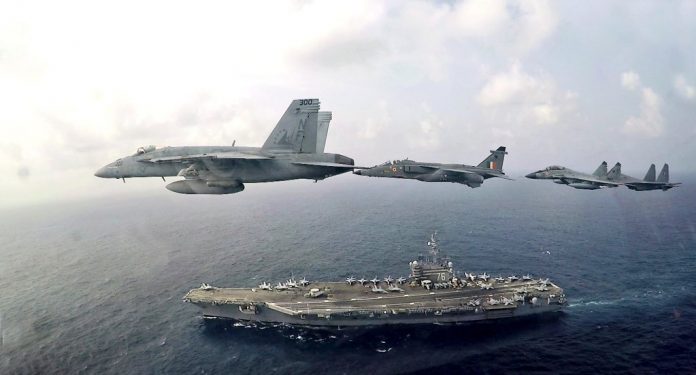 The two-day integrated bilateral exercise between India and US Forces in the Indian Ocean Region concluded on June 24, 2021. Indian Navy along with Indian Air Force participated with the US Navy Carrier Strike Group in the exercise.

Here are some pictures from India US bilateral exercise

6. IAF Tanker and Jaguar Maritime Strike Aircrafts at an airbase

8. US F-18 Super Hornet in formation with IAF Jaguar and SU 30 MKI over the Aircraft carrier USS Ronald Reagan

11. Guided Missile Frigate INS Teg and the Aircraft carrier USS Ronald Reagan along with a helicopter.

All the images are tweeted by Indian Air Force and the Indian Navy. Credits to respective owners.