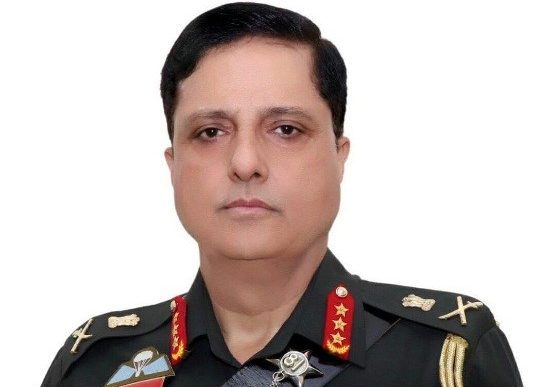 Lt Gen Ajai Singh assumed charge as the 16th Commander-in-Chief of the Andaman & Nicobar Command (CINCAN) on June 01, 2021. The Andaman and Nicobar Command (ANC) is the only tri-service theatre command of the Armed Forces, based at Port Blair.A fifth generation Army as well as Cavalry/Armoured Corps officer, with family service of over 162 years since September 13, 1858, Lt Gen Ajai Singh is an alumnus of The Lawrence School, Sanawar and NDA & IMA. He was commissioned in December 1983 into 81 Armoured Regiment, a Regiment raised by his late father.

The General officer has had the privilege of tenanting various appointments across all six of the Army’s geographical Commands as well as at the Army Training Command.

He was an Instructor of Tank Gunnery & Tactics at the Armoured Corps Centre & School and served at important assignments at the Army HQ, HQ Integrated Defence Staff (IDS) as well as with the United Nations as a Military Observer at Angola.

Lt Gen Ajai Singh also undertook volunteer tenures for counter-insurgency operations in the Kashmir Valley and in the North East, where he was posted at a Mountain Division on the border. As a Major with over 16 years of service, the General officer had volunteered for a tenure on the Siachen Glacier and was posted to a Battalion of the Maratha Light Infantry, with whom he commanded a Rifle Company in Operations VIJAY (Kargil) and MEGHDOOT (Siachen Glacier) and received the Army Chief’s Commendation for gallantry.

The General officer also held sensitive posts at the Army HQ as the Additional DG at the Military Operations Directorate and was DG, Financial Planning and DG, Military Training. Other than a Rifle Company in active operations, Lt Gen Ajai Singh commanded an Armoured Regiment, Brigade & Division and a Corps deployed on the border in Punjab and Rajasthan. He has attended numerous prestigious military courses as well as mountaineering courses at the High-Altitude Warfare School and tank gunnery &technology courses. Lt Gen Ajai Singh was also selected to attend a UN Senior Mission Leader Course at Indonesia as well as the Royal College of Defence Studies (RCDS) Course at the UK.

Lt Gen Ajai Singh was an active part of flood relief efforts in Uttarakhand in 2013, Uttar Pradesh&Bihar in 2017 and Kerala in 2018 as well as the of Government’s Covid amelioration efforts.