Pilot, Observer And Technical Officer – Naval Aviation As A Career 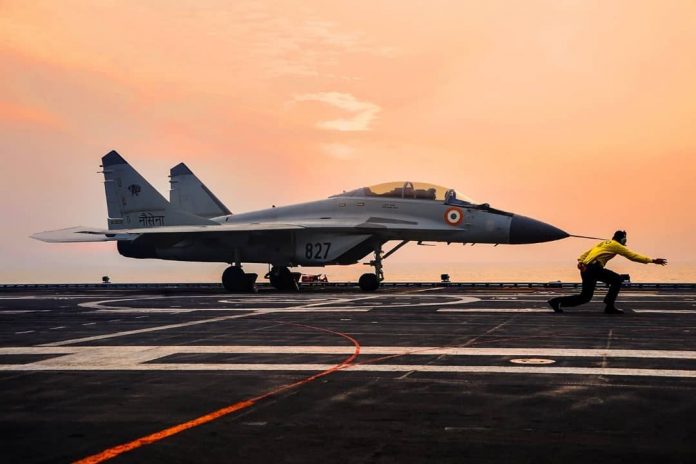 The life of an Indian Navy Pilot Observer and Technical Officer begins with volunteering for the aviation specialisation, either as a Pilot, an Observer or a technical officer, after completing the mandatory Sub Lieutenant’s Courses. Those who opt for training as a Pilot are screened through a rigorous medical fitness test before being sent for Pre-Flying Training at the School for Naval Airmen (SFNA), located in the Southern Naval Command at Kochi. Pilot trainees who make the grade are then sent for ab-initio flying training to Air Force Academy Dundigal or Indira Gandhi Rashtra Udaan Academy (IGRUA).

On successfully completing this stage, trainee pilots are trifurcated into the fighter, fixed-wing and rotary-wing streams. Those selected for fighters and fixed-wing continue with the IAF for further training on the Advanced Jet Trainer and Dorniers respectively, while those selected for the rotary-wing move to the Helicopter Training School (HTS) for conversion onto Chetak helicopters.

Post-successful completion of their respective training stages, these pilots are appointed to Indian Naval Air Squadrons spread across the country. Fighter squadrons include two MiG 29K (INAS 300 and 303) and one Hawk (INAS 551) unit that is based in Goa and Visakhapatnam respectively. The MiG 29K squadron is an embarked squadron that operates both from the aircraft carrier INS Vikramaditya and shore bases while the Hawk squadron is a pure shore-based squadron.

All fighter pilots first join INAS 551 to undergo Naval Orientation Flying before being selected for conversion on to MiGs in INAS 300 and finally get appointed to the MiG operational squadron INAS 303. The operational conversion on to MiGs is an exhaustive but enriching process that involves training in air combat roles, strike and weapon delivery profiles, air-to-air Refueling and the most challenging but Navy-intrinsic carrier landing qualification. The fighter squadrons form the sharp edge of the Naval Fleet sword and ensure an impenetrable protective umbrella around the fleet at sea, whilst simultaneously enabling long-range strikes.

The fixed-wing pilots are appointed to INAS 550 for Dornier Operational Flying Training on successful completion of which few pilots are transferred to operational Dornier squadrons (INAS 310, 311, 318), all undertaking the elite Information/ Electronic Warfare role, based in Goa, Visakhapatnam and Port Blair respectively. The remaining pilots are posted to Long Range Maritime Reconnaissance and Anti-Submarine Warfare squadrons. These squadrons, viz INAS 315 and 312A, operate the IL-38 and Boeing P8I, both advanced, wide-body multi-role aircraft. The fixed-wing squadrons are the eyes and ears of the Indian Navy, continuously patrolling the skies ensuring the sovereignty of our extensive ocean region.

The helicopter pilots undergo helicopter flying training at INAS 561(HTS), where they are taught the nuances of rotary-wing. On successfully graduating from HTS, these pilots are posted to Chetak units located all along the coast. Here these pilots hone their skills in fleet support, medivac, VIP as well as the critically required Search and Rescue roles, operating from a multitude of demanding environments including shore bases, large as well as small ships and even oil rigs.

Once these pilots gain adequate experience on the single-engine Chetaks, they are slotted for conversion onto advanced multi-engine helicopters like the Sea King (INAS 330 and 336), Kamov 31(INAS 339), Kamov 28 (INAS 333) and Advanced Light Helicopter (INAS 322). These squadrons are based in Mumbai, Kochi, Goa and Visakhapatnam, but being embarked squadrons, very frequently operate from the aircraft carrier as well as destroyers and frigates. The Sea King and Kamov 28, both Anti-Submarine Warfare helicopters, remain capable submarine hunter-killers safeguarding the fleet. The Kamov 31 is an advanced Airborne Early Warning helicopter that has dramatically increased the Navy’s ability to see far and wide around the fleet thereby enabling timely and effective action. The ALH is an indigenous advanced and modern helicopter that is capable of multiple roles including long-range search and rescue and carrier onboard delivery to name a few. Pilots, of certain seniority and experience, also have the opportunity to undergo specialized courses like the Flying Instructors Course or the Experimental Test Pilots Course.

Officers who opt for the ‘Observer’ cadre undergo the gruelling but gratifying ab-initio course at Observer School in Kochi. Those who make the grade are selected for further operational training on either Sea King or Kamov helicopters, IL 38 or P8I aircraft as a weapon and sensor specialists. The Observers form a very vital part of any multi-crew mission with the varying charter of duties and immense responsibilities. They decide the success or failure of every ASW/ IW/ Maritime Patrol mission. Observers of certain seniority can undergo the QNI course or specialist courses in Communications, Anti-Submarine Warfare or Gunnery. The entire process of prosecuting a target, involving a gamut of linked tasks such as locating, gathering, analyzing and designating, remains the domain of the Naval Observer.

Technical Officers of the aviation specialization undergo specialist training at the Naval Institute for Aviation Technology (NIAT) in Kochi. On successfully graduating from the course, they are streamed into various aircraft fleets in the Navy and appointed to respective squadrons for ‘on-type’ qualification. These officers form the backbone of naval aviation by ensuring maximum serviceability and operational availability of aircraft at any given time. They are responsible for all aspects of the aircraft maintenance including the power plant, advanced weapons/ sensors and critical avionics to name a few. This extremely demanding but highly satisfying task involves handling state-of-the-art equipment on a daily basis and adapting to the rigours of operating from varied locations, both from ashore as well as afloat, whilst maintain the aircraft fighting fit for every task. Technical officers of adequate experience are even selected to undergo post-graduation in specialized fields from various IITs across the country.

The stringent standards at every stage of a naval aviator’s conversion ensure that only the best of the best are filtered through the extensive and multi-layered training syllabi before being inducted into operational squadrons. A sound and nimble mind, sharp reflexes, courage under extreme pressure, rapid adaptability and the ability to think ‘outside the box’, are few attributes that define these magnificent men operating equally magnificent machines. Life Indian Navy Pilot Observer and Technical Officer are demanding but exhilarating, awe-inspiring yet adventurous, and one that is extremely fulfilling, a unique way of life that no other profession in the world can match.

Also Read: 21 Important Questions about the Indian Navy in SSB/NSB