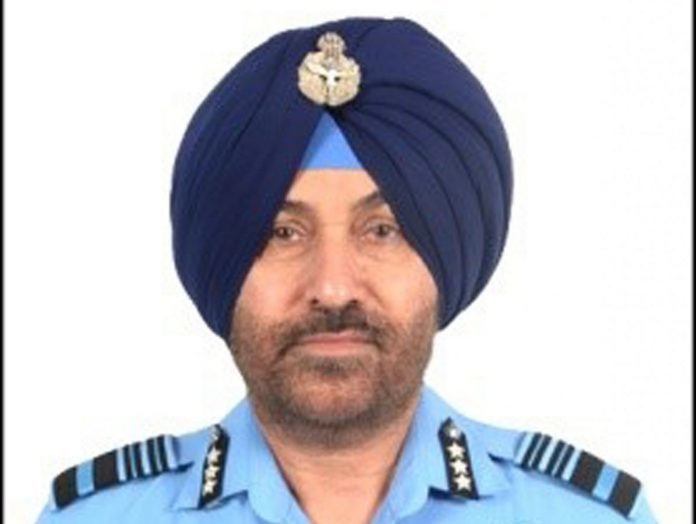 Air Marshal GS Bedi, Ati Vishisht Seva Medal, Vayu Sena Medal, Vishisht Seva Medal took over as Director General (Inspection & Safety) at Air Head Quarters on 01 Feb 21. An alumnus of Defence Services Staff College and National Defence College, the Air Marshal was commissioned in the flying branch of the Indian Air Force in 1984. The Air Marshal has flown a wide variety of fighters and trainer aircraft. He has over 3700 hrs of flying in various challenging sectors. He is a Qualified Flying Instructor and a Fighter Combat Leader with vast instructional experience.

In a career spanning over 37 years, the Air Marshal has held a number of coveted command and staff appointments. Air Marshal Gurcharan Singh Bedi AVSM, VM, VSM (17448) Flying (Pilot) was commissioned in the Indian Air Force as a fighter pilot in the flying branch on 08 Jun 1984. He was Flight Commander of a Fighter Squadron at Air Force Station Srinagar where he took an active part in Op Vijay and was awarded the Vayu Sena Medal (Gallantry) on 15 Aug 1999. He commanded a MiG 21 Squadron, wherein, the squadron did not have an accident and also won the coveted Eklavya Trophy for winning the Gunnery Meet of Western Air Command (WAC).

He has held the appointments of Air Force Examiner in the Aircrew Examining Board and Joint Director (Flying) in the prestigious Directorate of Air Staff Inspection. He was selected to lead the Indian Contingent in United Nation Peace Keeping Mission in Congo, where he led the contingent ably and completed the mission in a manner that earned the accolade for the Indian Air Force. He was then posted as the Chief Instructor (Flying) at Air Force Academy. His dedication and involvement in his task ensured not only quality products but also an accident-free environment.

Air Marshal GS Bedi is a Cat A Qualified Flying Instructor, Fighter Combat Leader, and has undergone Air Staff Course. He is commanding Air Force Station Sirsa since 04 Feb 08. During his command, he has made a number of value additions in the base on all fronts. The base has always performed exceptionally well in all the Air Force exercises. He also set an example in professionalism for the young fighter pilots at the base by winning a Gunnery Meet event. With his continuous zeal to perform, Air Force Station Sirsa got a maximum number of works released in WAC and with the teamwork, ensured timely completion of the same, which changed the complete look of the Station and improved the quality of life of its air warriors.

The changes brought in at the Air Force Station have been appreciated by one and all. He commanded the prestigious Air Force Day Parade on 08 Oct 08. For the distinguished service of a high order, the Hon’ble President is pleased to award the ‘Vishisht Seva Medal’ to Air Marshal Gurcharan Singh Bedi VM. The Air Officer has served in some of the prestigious appointments in the IAF and was also the Air Adviser at the High Commission of India, London.

In the rank of Air Vice Marshal, he held the important appointment of Air Office Commanding Jammu & Kashmir, Assistant Chief of the Air Staff Operations (Offensive), Assistant Chief of the Air Staff (Personnel Officers), and Senior Air Staff Officer Southern Air Command. Prior to his present appointment, the Air Marshal was Senior Air Staff Officer of Eastern Air Command. For his distinguished service, he was awarded Vishisht Seva Medal on  26 Jan 2010 and Ati Vishisht Seva Medal on 26 Jan 2020 by the President of India.