Special Frontier Force – All You Need To Know 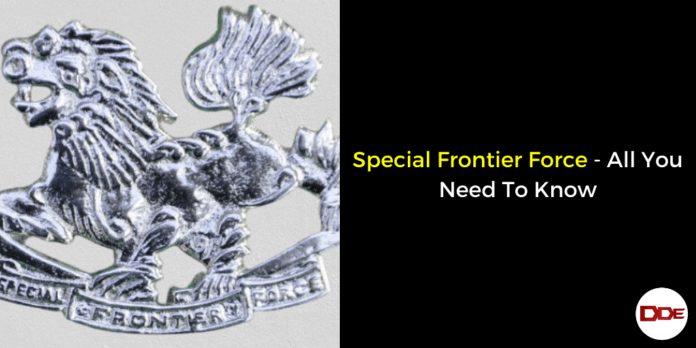 Special Frontier Force – All You Need To Know

The Special Frontier Force also known as Vikas Regiment aka Establishment 22 is India’s Elite Special forces unit which mainly focuses its operations against the Chinese Action. The Special Frontier Force is not a part of Indian Army but they function under the operational control of Army. The SFF units also have women soldiers in their special operations teams. The SFF is based at Chakrata in Uttarakhand. The SFF comes under Cabinet Secretariat i.e RAW (Research and Analysis Wing). SFF has it’s own Rank Structure, Heliborne and Aerial Reconnaissance unit. But it is totally different from the Indian Army Parachute Regiment special forces.

The SFF was established in the year 1962 with help of CIA to counter the Chinese aggression at the Indo-China Border. The Intelligence Bureau(IB) was given charge to raise this unit. Initially, the members of SFF were inducted from the Tibet and Gurkha regions. As the body structure of these soldiers were suitable for the High altitude region. Later the charge of SFF was given to the RAW. The SFF is also known as the Establishment 22.

The Special Frontier Force was deployed along the Chittagong hill in the 1971 Indo-Pak War. The mission was to destroy the Pakistani Positions and help the Indian Army to advance ahead. The operation was named Operation Eagle. The total of 3000 troops of SFF were deployed and the deployment was very successful in the Victory of 1971 war. The SFF was also used in the Operation Blue Star to clear the Akal Takht of Golden Temple, Amritsar. There are also mentions of SFF operating in Operation Pawan and Operation Vijay (Kargil War).

The Training of SFF is almost similar to Parachute regiment special forces. The SFF are trained in the special operations like the Airborne insertion, Covert operations, Reconnaissance Missions and specially in Guerilla Warfare. The SFF has its own Airborne, Heliborne and Reconnaissance unit.

The Equipment of SFF

In present days, the operations of Special Frontier Force are kept classified and confidential. This units of SFF are deployed in Ladakh region and are also known as Vikas regiment. The Officers and Jawans of Para SF are also deputed to the SFF. The purpose of SFF is to counter the Chinese action and it is doing its job very well.