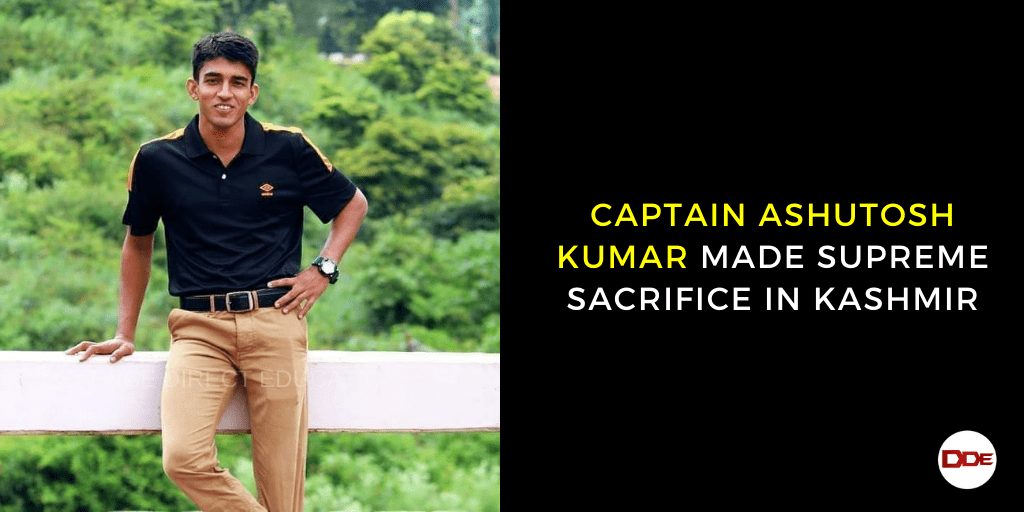 Captain Ashutosh Kumar Made Supreme Sacrifice In Kashmir. Three Indian Army soldiers and a Border Security Force (BSF) trooper sacrificed their lives during a massive shootout near the Line of Control (LoC) in Jammu and Kashmir’s Kupwara district on Sunday. The Army was trying to foil an infiltration bid in the Machil sector on Saturday night. 24 years old Captain Ashutosh Kumar (Madras Regiment), Hav Praveen Kumar, RFN Ryada Maheshwar and Constable Sudip Sarkar (BSF) were killed in action.

Captain Ashutosh Kumar hailed from Bihar and was born on 15 October 1996. Capt. Ashutosh was an alumni of Sainik School, Bhuvaneshvar. He passed out from the Indian Military Academy on 9th June 2018 and belongs to Delta Squadron.

Indian Army in a statement on Sunday said that during Saturday night a BSF patrol noticed suspicious movement near the Anti-Infiltration Obstacle System (AIOS) of the LoC Fence, about 3.5 km from the LoC in the general area of Machil sector.

A firefight ensued in which one terrorist was killed. A BSF soldier was also killed in action. Firefight stopped at 4 am. “More troops were rushed to the area. Terrorists’ movement was tracked by surveillance devices. Contact was re-established at 10.20 am, when the heavy fire was drawn by Indian search parties approximately 1.5 km from the LoC, said Indian Army

In the ensuing gunfight, two more terrorists were killed along with three soldiers who laid down their lives while two others were injured. “Injured soldiers have been evacuated. Operations were still underway,” the Army said.

“Constable Sudip Sarkar continued fighting in spite been hit and ultimately made the supreme sacrifice,” said the Border Security Force.