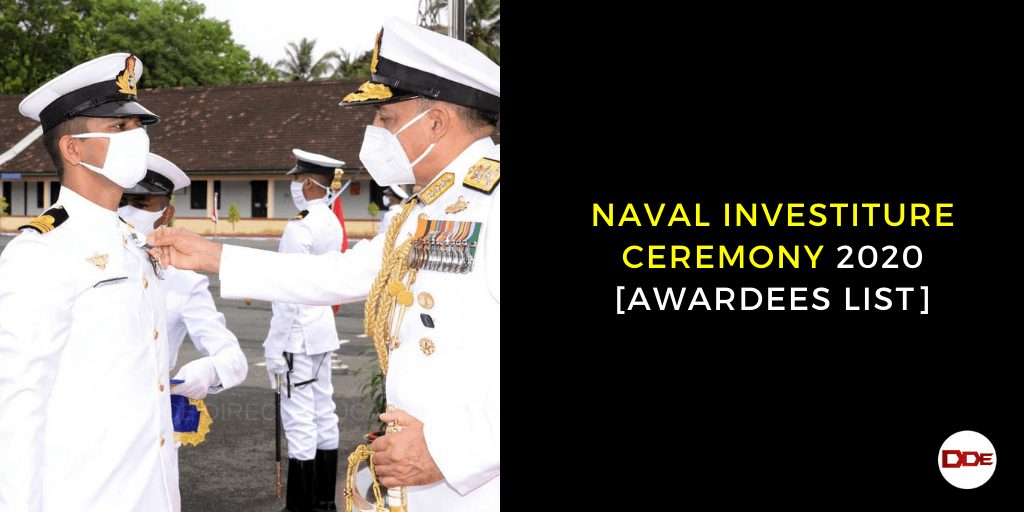 A total of 10 medals which included four Nao Sena Medal (Gallantry), two Nao Sena Medal (Devotion to duty), four Vishisht Seva Medal (long meritorious service) were awarded. On the occasion, the Commander-in-Chief also announced one “Jeevan RakshaPadak” – medal (for acts of courage and self-sacrifice) as well as “Unit Citations” for the year 2020-21 for ashore unit (establishment) and afloat unit (ship) under SNC for delivering exceptional performance over the past one year.

The details of awardees are as follows:

Speaking on the occasion, Vice Admiral AK Chawla said that the occasion is of special significance, as a formal acknowledgement by the Indian Navy to the conspicuous acts of gallantry and devotion to duty of fellow shipmates. He congratulated all the awardees and highlighted the fact that the men and women of the navy have stood out with their selfless acts at all times just as the Indian Navy has stood for the good in the Indian Ocean region. He gave the example of the recent diving assistance rendered by INS Nireekshak to the govt of Mauritius and said it was along the lines of the Prime Minister’s vison of SAGAR (Security and growth for all in the region).

A 50 men guard of Honour was paraded during the ceremonial parade which was held during the Investiture ceremony. The guard of honour was inspected by Vice Admiral AK Chawla prior to reviewing of parade comprising of four platoons of naval personnel drawn from various ships and establishments of SNC. The parade was commanded by Commander Abhishek Tomar.

The ceremony was witnessed by senior dignitaries of the Indian Navy.NIC is normally conducted centrally for the Indian Navy. However, in view of the prevailing health scenario, it is being conducted locally in each Command for their respective personnel. All social distancing norms and COVID 19 protocol was followed during the ceremonial parade.