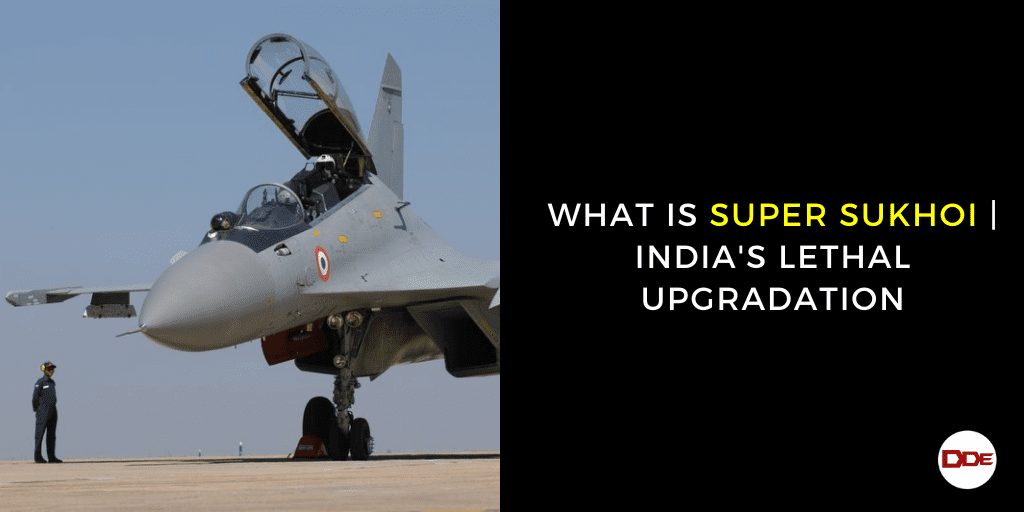 Sukhoi 30 MKI is backbone of the Indian Air Force. It is a Multi-role aircraft, capable of carrying out nuclear strikes. India and Russia are expected to sign a deal to upgrade it into Super Sukhoi Standards. In the past, Sukhoi 30 MKI’s were inducted into IAF in 2004. The high Maneuverability of Sukhoi fighter makes it a beast in an intense dog fight. Because of the Thrust vectoring nozzles, Instantaneous turn rate is extreme in Sukhoi 30 MKI.

India has upgraded some Sukhoi fighters with the Brahmos Air Missile. The 222 Squadron Tiger sharks is stationed at Thanjavur Air base. The squadron looks after the maritime security in Indian Ocean Region (IOR).

Although the Sukhoi fighters are 4.5+ fighters, India is thinking to upgrade it to  the near fifth generation fighter jet. And which, they can be in service till 2050 as backbone fighter jet.

After the upgradation,  Indian Super Sukhoi fighters will be more superior than the Chinese Sukhoi’s. The standards will be upto the mark of SU-35. The Sukhoi 30’s are in service with the Venezuela, Algeria and Vietnam. India is planning to invite these countries for this program. Jointly they can upgrade the Sukhoi’s into Super Sukhoi.

In conclusion, the combination of Super Sukhoi and Rafales will give the cutting edge Air superiority to the Indian Air Force.

Why Enemy Forces Are Feared Of Sukhoi 30...