Indian Air Force Writes To Censor Board About Gunjan Saxena 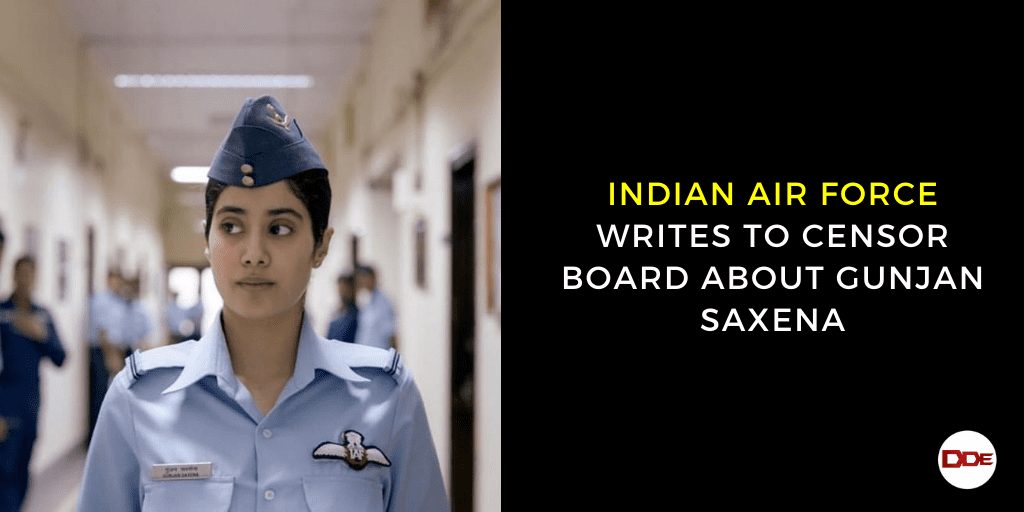 Indian Air Force Writes To Censor Board About Gunjan Saxena

The Indian Air Force (IAF) has written to the censor board complaining against its “undue negative portrayal” in the movie Gunjan Saxena: The Kargil Girl’, which released on Netflix today.

The Air Force in its letter to the censor board, and sent to Netflix and Dharma Productions, has stated that as per initial understanding, “Dharma Productions had agreed to represent Indian Air Force (IAF) with authenticity and make all efforts to ensure that the film helps to inspire the next generation of IAF officers.”

However, when the trailer of the movie was released recently, it was observed that “certain scenes and dialogues in the movie and its trailer, which was forwarded to this office for viewing, have been found to portray the IAF in an undue negative light.”

The letter written by the IAF and accessed by ANI, read “In the aim to glorify the screen character of ‘Ex-Fit Lt Gunjan Saxena’, M/s Dharma Productions presented some situations that are misleading and portray an inappropriate work culture especially against women in the IAF.”

The story of the Dharma Productions movie is based on the first Indian Air Force woman pilot who was part of the 1999 Kargil conflict.

Saxena, who is one of the first female pilots to fly in combat, played an important role in rescuing injured soldiers during the Kargil War in 1999 and was awarded the gallantry Shaurya Vir Award for displaying courage during the war.

In the communication, the Air Force said that as a service, it has ensured “that the organisation is gender neutral and has always provided an equal opportunity to both male and women personnel.”

IAF has also annexed the summary of the scenes and dialogues of the script, which are considered objectionable due to the presentation of incorrect gender bias with the letter.

It also stated in the letter that the Karan Johar-owned Dharma Productions was “informed about the objectionable portion of the movie and was advised to delete/modify the same. However, the production house has not deleted the scenes but it proposed a media plan in the run-up to the release and insert a disclaimer in the movie.”

The Air Force stated that it feels that a mere media plan and disclaimer would not be adequate to prevent the presentation of incorrect facts about the IAF.

“In view of the above, the issue of grant of NOC for the release of the movie will be considered after deleting or suitably modifying the scenes in order to cater to the observations mentioned,” the Air Force stated.

Indian Air Force is first amongst the three services to grant commission to women officers in branches other than the medical branch and now all branches of IAF are open for both genders including the Fighter stream of Flying Branch.

The initial batch of Permanent Commission (PC) officers in the flying branch are already holding appointments of Flt Cdr (second in command) of operational flying units and some units are being commanded by women officers.

IAF is among the best examples for opportunities to women officers in the military and has pioneered the opening up almost all professional avenues for women officers and has a very good record of gender neutrality.

Women officers in service say that this was possible because of the organisation’s balanced and unbiased professional approach and treatment of women officers at par from the very beginning.