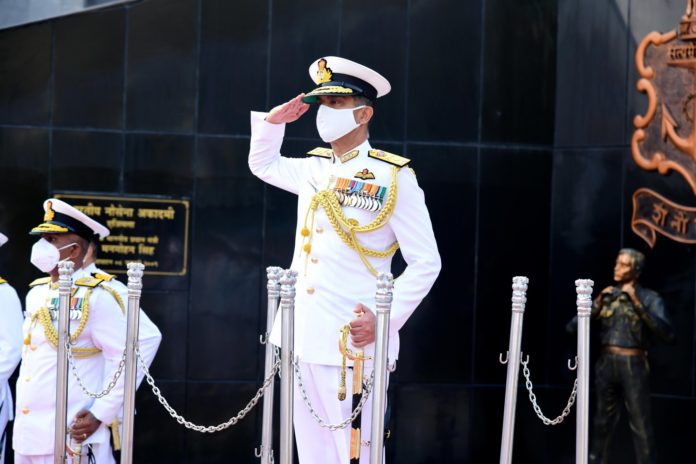 Vice Admiral Puneet K Bahl took over as the Commandant, Indian Naval Academy, Ezhimala on 26 Dec 21. The Flag Officer was commissioned into the Indian Navy on 01 Jul 84. An alumnus of NDA Khadakvasla, he has undertaken the Staff Course at DSSC Wellington and the Naval Higher Command Course at College of Naval Warfare, Mumbai. An experienced Maritime Reconnaissance Pilot, he has flown six different types of aircraft. His operational experience includes active participation in flying operations in Op Tasha and Op Vijay. He is also a qualified Ship’s diver. He has held a wide array of challenging operational, staff and training assignments.

He has had tenures at INS Garuda, INS Rajali, AFS Yelhanka and CGAS 700 whilst on flying duties and ship tenures onboard INS Vikrant, Betwa, Godavari, Sujata and Porbandar. His training and staff assignments include tenures as Directing Staff at DSSC Wellington and JDNAS (Aviation Plans) at Naval Headquarters, where he successfully steered cases for aircraft inductions and drafted the Naval Aviation Perspective and Infrastructure plans. His command tenures include the guided missile frigate INS Betwa, offshore patrol vessel, INS Sujata and INS Rajali, one of the premier strategic airbases of the country.

Whilst in command of Rajali, he successfully oversaw the smooth induction and operationalization of the P8I aircraft from the base, which was awarded with the Unit Citation by the Chief of the Naval staff during his tenure. He was also based at the Embassy of India at Tokyo from 2007–10 as the Defence Attache, Japan with concurrent accreditation to Republic of Korea, where he was instrumental in coordinating and facilitating a landmark Joint Declaration on Security Cooperation between India and Japan and also for drawing up an action plan for furthering defence and security Cooperation between the two countries.