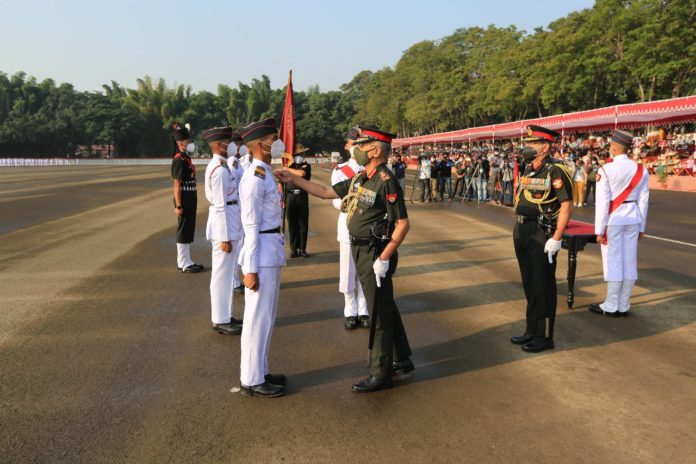 In an splendid passing out parade a total of 305 cadets of the 141st course of the National Defence Academy (NDA), including 19 cadets from friendly foreign countries, passed out from the Academy’s portals on Friday following an immaculate Passing Out Parade amidst the military band’s rendition of the Auld Lang Syne.

The parade was reviewed by Army Chief General Manoj Mukund Naravane, who, along with Chief of Naval Staff Admiral Karambir Singh and former Chief of Air Staff, Air Chief Marshal RKS Bhadauria (retd), are all batch-mates from the 56th course of the Academy.

The cadets will proceed for eight weeks of term break and after that, they join their respective pre-commissioning training academies. Cadets of junior courses will report back to the NDA on December 27.

Chiefs of Staff Banner for being the champion squadron : Oscar Squadron