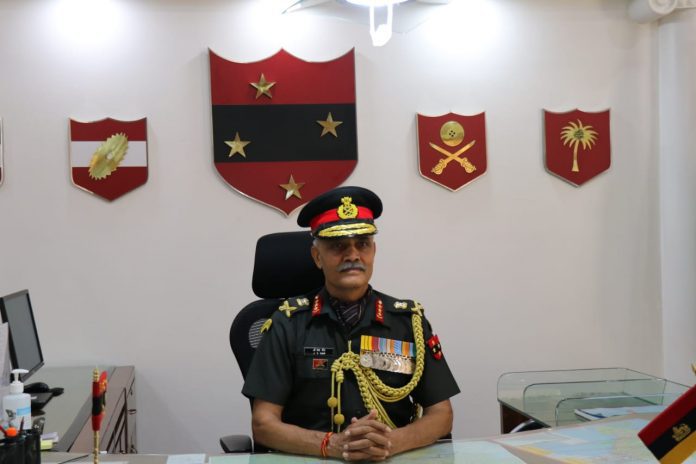 Lieutenant General JS Nain, Ati Vishisht Seva Medal, Sena Medal assumed command of Southern Army on 01 February 2021 with a solemn wreath-laying ceremony to honour the fallen soldiers at the National War Memorial, Pune. It was followed by a traditional Guard of Honour at Headquarters Southern Command.

The General Officer is an alumnus of Sainik School, Kunjpura and National Defence Academy, Pune. He was commissioned in June 1983 into the Dogra Regiment.  Currently, he is also their Colonel of the Regiment. General Nain has comprehensive and well rounded operational experience through varied command and staff appointments tenanted during his distinguished military career.

He commanded his Battalion in Jammu and Kashmir on the Line of Control and in a strike Corps of Southern Command, a Mountain Brigade in North East, an Infantry Division responsible for dominating the Line of Control in North Kashmir and a strategically important Corps on the Western front.

The General Officer has been an Instructor at Infantry School and a Military Observer at the United Nation mission in Iraq and Kuwait. He has held prestigious staff appointments namely in an  Independent  Mechanised Brigade, Counter Insurgency Force, the Military Secretary’s Branch at Integrated Headquarters of Ministry of Defence (Army), Headquarter South Western Command and as Chief of Staff of two operationally active Commands ie; Headquarter Northern and Eastern Command.

He is academically inclined and has researched extensively on J&K, Pakistan, China and Bangladesh, making him a domain expert of these regions. He is a graduate of Defence Services Staff College (DSSC), Wellington, College of Defence  Management, Secunderabad and the prestigious National Defence College at Dhaka, Bangladesh. The General Officer and his wife, Mrs Anita Nain, who is also the Regional President of Army Wives Welfare Association, were accorded a warm welcome by the Military Officials at Pune.

The General Officer extended his best wishes and congratulated all ranks of the Army Dental Corps and Military Farm on their Raising Day, on 01 February 2021 and exhorted them to continue their services in the true traditions of the Armed Forces.

Also Read: Aero India 2021 To Be Held From 3rd Feb In Bengaluru