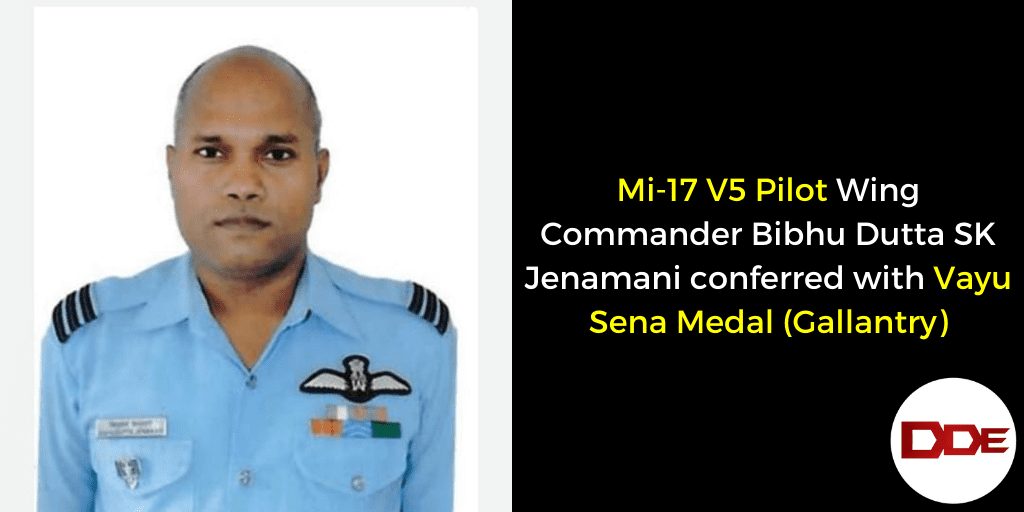 On 10 February 2020, while operating as Det Cdr at Jagdalpur, he received requisition for an urgent evacuation of the bullet hit personnel from a live encounter site near Pamed. He quickly made two helicopters ready for the mission and analysed the landing site in the NTRO ops room with the live feed from the UAV overflying the area. Considering the high threat at the present site, he identified an alternate landing site and promptly got airborne.

On reaching the site, he instructed the Combat Air Patrol (CAP) aircraft to confirm sanitization and scan intensely for any threat. Upon confirmation, he initiated spiral decent and landing in a safe direction considering the threat, obstructions, and winds. After landing the helicopter was held the light on wheels as the main wheels were sinking into the ground. Expeditious evacuation of total 08 casualties was carried out along with 02 MRs and 01 dead body of Naxal.