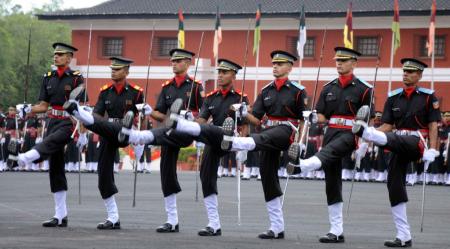 (i) For Indian Military Academy — Unmarried male candidates born not earlier than 2nd Jan, 1997 and not later than 1st Jan, 2002 only are eligible.

(ii) For Indian Naval Academy — Unmarried male candidates born not earlier than 2nd Jan, 1997 and not later than 1st Jan, 2002 only are eligible.

(iv) For Officers’ Training Academy — (SSC Course for men) unmarried male candidates born not earlier than 2nd Jan, 1996 and not later than 1st Jan, 2002 only are eligible.

How to crack CDS exam in first attempt : Read Now

(i) Online registration will start from 30th October 2019.

Candidates (excepting Female/SC/ST candidates who are exempted from payment of fee) are required to pay a fee of Rs. 200/- (Rupees Two Hundred Only). Payment can be done by depositing the money in any Branch of SBI by cash, or by using net banking facility of State Bank of India or by using Visa/Master/Rupay Credit/Debit Card.

ENGLISH (Code No. 01)
The question paper will be designed to test the candidates’ understanding of English and workmanlike use of words.

General Knowledge including knowledge of current events and of such matters of everyday observation and experience in their scientific aspects as may be expected of an educated person who has not made a special study of any scientific subject. The paper will also include questions on History of India and Geography of a nature
which candidate should be able to answer without special study.

GEOMETRY
Lines and angles, Plane and plane figures, Theorems on (i) Properties of angles at a point, (ii) Parallel lines, (iii) Sides and angles of a triangle, (iv) Congruency of triangles, (v) Similar triangles, (vi) Concurrence of medians and altitudes, (vii) Properties of angles, sides and diagonals of a parallelogram, rectangle and square, (viii) Circles and its properties including tangents and normals, (ix) Loci.

Candidates preparing for CDS exam must refer CDS OTA book. Number of direct questions has appeared from the book in the previous exams hence making it one of the most preferred book among aspirants. Some of the salient features of the book are:

CDS Exam is to be conducted on 2nd February 2020. Admit card will be available on the UPSC website 21 days before the exam date.

Selection And Training Of Technical Branch Officers In...